Skip to content
You are here
MOORESVILLE, N.C. (March 23, 2020) – Front Row Motorsports (FRM) announced today that Speedco, a member of the Love’s Family of Companies, will partner with Todd Gilliland for Tuesday night’s, The Replacements 100.  The race will be streamed live on http://www.TWITCH.TV/IRACING and be run from the virtual Kansas Speedway using NASCAR Cup Series-style cars.
Speedco is a primary sponsor of FRM and Gilliland in the NASCAR Gander RV & Outdoors Truck Series this season.  The company is a national network of 53 service locations that provides oil changes, preventive maintenance, inspection services and tire offerings for drivers in the professional trucking industry. Since their inception to the Love’s Family of Companies in 2017, Speedco has been an integral part of FRM’s NASCAR program.
The Replacements is an iRacing.com series founded by NASCAR drivers and industry veterans.  Drivers, spotters, crew members and marketing professionals from across all aspects of NASCAR will compete in a 100-lap race on the iRacing.com platform. 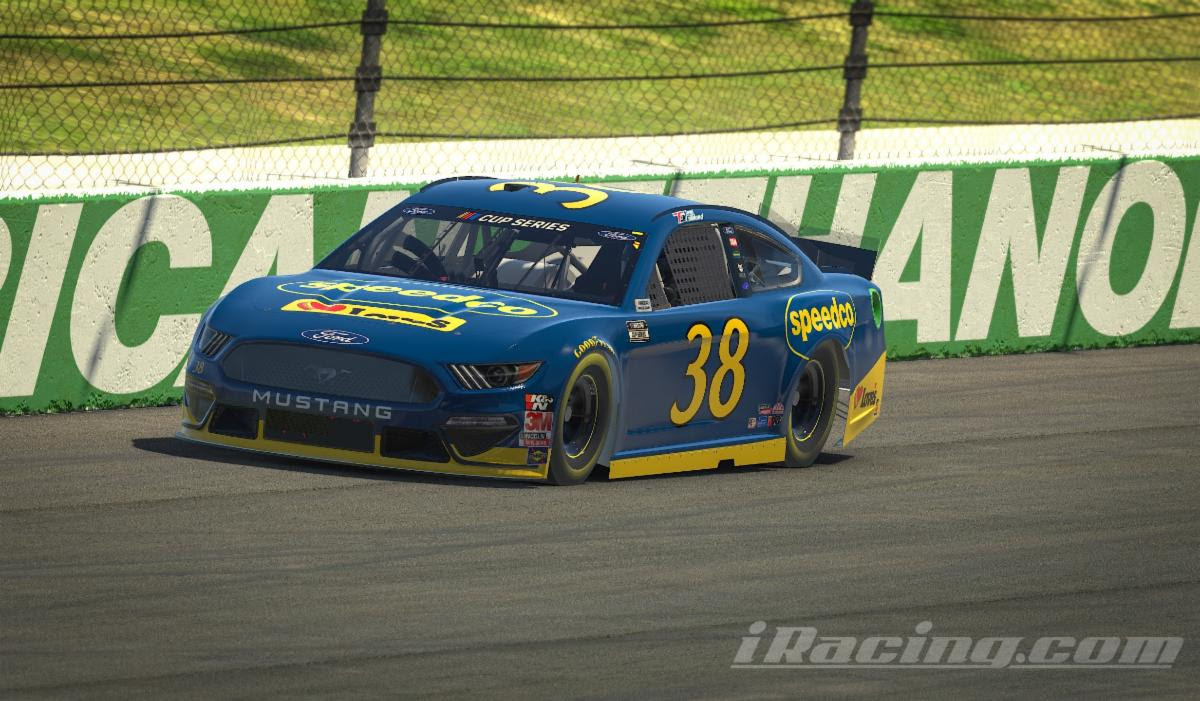 “In the past week, iRacing has become the best way for teams, drivers and partners to reach fans,” said Gilliland. “Kevin Hamlin and T.J. Majors were two of the first in the sport to create an iRacing solution.  I then quickly went to work to get my simulator ready. I want to give something back to our fans, Speedco, their employees and customers during this time.  I think this is something fun we can all do.”
The Replacements 100 is scheduled for Tuesday, March 24 at 9:00 p.m. ET.
###
About Love’s Travel Stops
Love’s Travel Stops & Country Stores is the nation’s industry-leading travel stop network with more than 500 locations in 41 states. Founded in 1964 and headquartered in Oklahoma City, the company remains family-owned and operated and employs more than 25,000 people. Love’s provides professional truck drivers and motorists with 24-hour access to clean and safe places to purchase gasoline, diesel fuel, fresh coffee, restaurant offerings and more. Love’s has more than 380 truck service centers, which include on-site and stand-alone Speedco and Love’s Truck Care locations. Love’s and Speedco combined is the largest oil change, preventive maintenance and total truck care nationwide network. Love’s is committed to providing customers with “Clean Places, Friendly Faces” at every stop. To learn more, visit loves.com.

Front Row Motorsports (FRM) is a winning organization in the NASCAR Cup Series. The team was founded in 2004 and is owned by successful entrepreneur, Bob Jenkins. FRM fields two full-time entries – the No. 34 of Michael McDowell and the No. 38 of John Hunter Nemechek – from its Mooresville, N.C., headquarters just outside of Charlotte. In 2020, the team announced an expansion to include the No. 38 Ford F-150 in the NASCAR Gander RV and Outdoors Truck Series, driven by Todd Gilliland. Visit teamfrm.com and follow FRM on social media: Twitter at @Team_FRM, Instagram at @team_frm and Facebook at facebook.com/FrontRowMotorsports.
Total Page Visits: 518 - Today Page Visits: 1