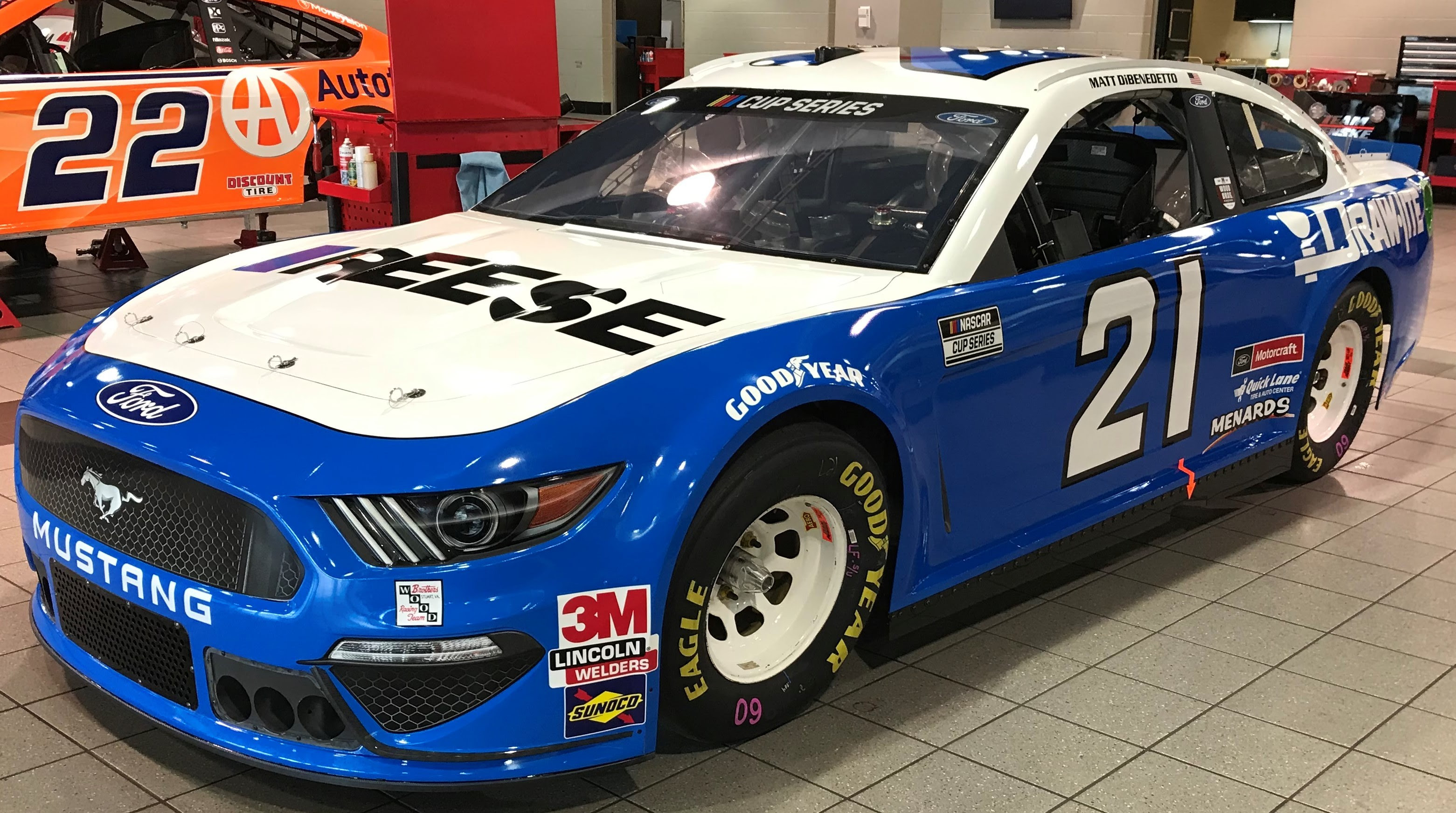 Last fall at Bristol Motor Speedway, Matt DiBenedetto, having learned just days before that he would be a free agent in 2020, turned in a performance that won the hearts of fans both at the track and across the NASCAR nation.

Although he relinquished the lead after holding the top spot for 93 laps late in the race and wound up in second place, the crowd cheered loud and long as he was interviewed for the TV and radio broadcasts.

In those interviews, DiBenedetto, who finished second, vowed to remain in the Cup Series and said he had faith that some top-tier team would hire him and be glad to get him.

“I just want to stick around and keep doing this for a long time to come,” DiBenedetto said on that hot August night. “I love it. I love the opportunity. I’m not done yet.”

Turns out he was right. The Wood Brothers hired him to drive their iconic No. 21 Ford Mustang.

“That Bristol race was the turning point in Matt’s career,” Eddie Wood said. “I remember how well he ran and how the fans were supporting him. When Paul [Menard] decided to retire and we talked with him about who would take over the car, Matt’s name was the first one that came up for us and Paul.”

Now DiBenedetto, who already has matched his Bristol finishing position with a second-place run at Las Vegas earlier this year, is returning to Bristol with a No. 21 REESE/Draw-Tite Mustang that is expected to be capable of once again contending for a win on the half-mile concrete oval.

Wood said he’s optimistic about the team’s prospects this weekend.

“Bristol is Matt’s best track,” he said. “And we’ve had some fast cars up there lately.”

“The biggest thing is getting to the end of the race without getting involved in someone else’s mess or your own mess.

“It’s the hardest race we run to survive to the finish. It’s so fast and the cars run so close. Things happen fast.”

Wood also said he and his family team are excited to have the No. 21 Mustang carry the universally known REESE and Draw-Tite brands, which have been providing heavy-duty and custom hitches and towing equipment since their inceptions in 1952 and 1946.

“We had REESE and Draw-Tite on the car for the iRacing event at Bristol a few weeks ago, and we were proud of that, but it’s a much bigger deal to represent them in a real Cup race,” he said. “We always enjoy working with companies like ours that have long histories.”

Sunday’s Food City presents the Supermarket Heroes 500, for which there will be no practice or qualifying, is set to start just after 3:30 p.m. with TV coverage on FOX Sports One.
Horizon Global
Headquartered in Plymouth, MI, Horizon Global is the #1 designer, manufacturer and distributor of a wide variety of high-quality, custom-engineered towing, trailering, cargo management and other related accessory products in North America and Europe. The Company serves OEMs, retailers, dealer networks and the end consumer as the category leader in the automotive, leisure and agricultural market segments. Horizon provides its customers with outstanding products and services that reflect the Company’s commitment to market leadership, innovation and operational excellence. The Company’s mission is to utilize forward-thinking technology to develop and deliver best-in-class products for our customers, engage with our employees and realize value creation for our shareholders.

Horizon Global is home to some of the world’s most recognized brands in the towing and trailering industry, including: Draw-Tite, Reese, Westfalia, BULLDOG, Fulton and Tekonsha. Horizon Global has approximately 3,600 employees.  For more information, please visit http://www.horizonglobal.com .

Wood Brothers Racing
Wood Brothers Racing was formed in 1950 in Stuart, Va., by Hall of Famer Glen Wood. WoodBrothers Racing is the oldest active team and one of the winningest teams in NASCAR history. Since its founding, the team won 99 races (including at least one race in every decade for the last seven decades) and 120 poles in NASCAR’s top-tier series. Fielding only Ford products for its entire history, the Wood Brothers own the longest association of any motorsports team with a single manufacturer. Glen’s brother, Leonard, is known for inventing the modern pit stop. The team currently runs the Ford Mustang driven by Matt DiBenedetto in the famous No. 21 racer.