“We are proud that Bruno Senna has chosen to join the Airspeeder family as a racing and development pilot. Throughout his career he has demonstrated his incredible prowess as a pure out-and-out racer. However, Bruno is also a world-class developer of racing vehicles who is fascinated with advancing cutting-edge technologies.

His work competing and improving vehicles in F1, Formula E, eSports and Drone Flying equip him perfectly to drive the world’s most exciting and progressive new form of motorsport. Our forthcoming EXA races represent the perfect marriage of these sports and Bruno brings to Airspeeder one of the most evocative names in global motorsport and an unrivalled pedigree in technically developing a range of racing vehicles by competing at the absolute limit.” 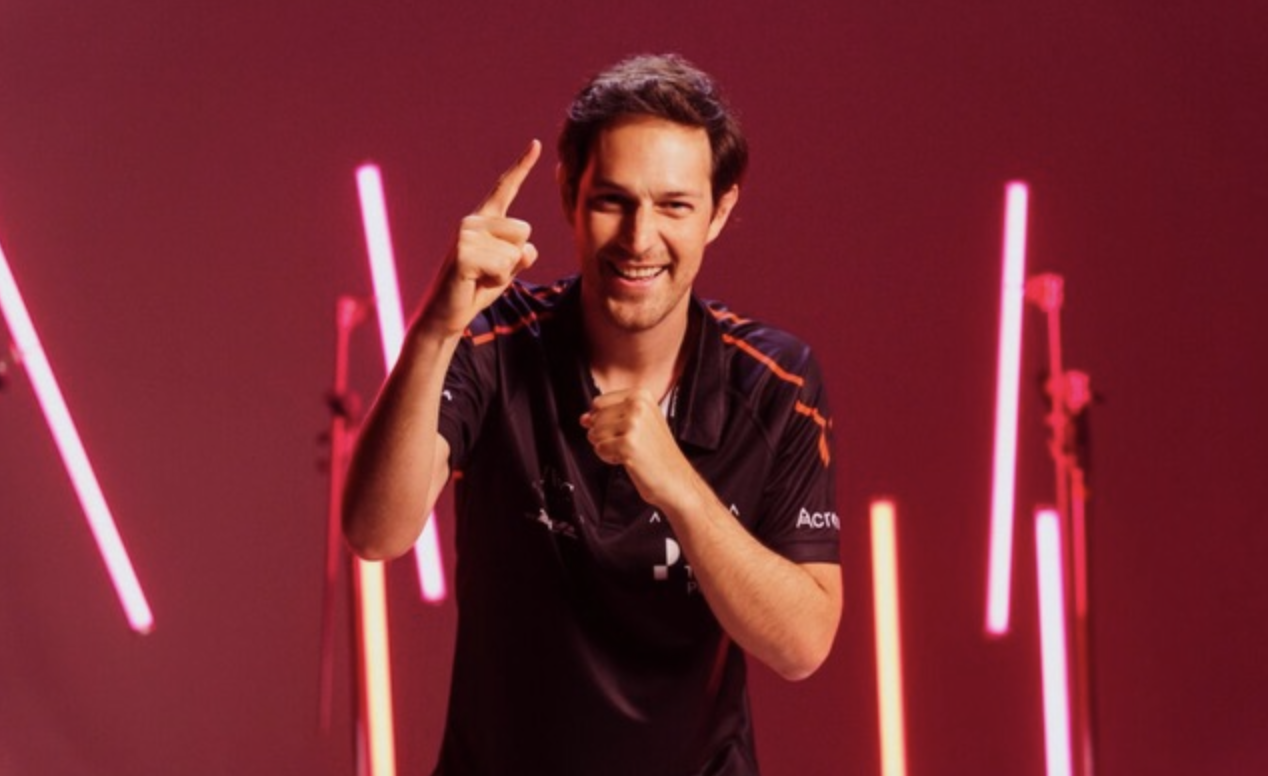 Senna joins Airspeeder on the cusp of announcing its first EXA Remotely Piloted races and will play a key role in the development of the sport and the technical and dynamic development of the Speeders that will take part in it. He will also race in forthcoming remotely piloted EXA races and will play a major role in the sport as it moves towards first crewed Airspeeder GPs in 2023 and beyond.

“I could not resist the opportunity to approach Airspeeder to be part of this incredible sport. In doing so I am proud to shape the world’s first racing series for electric flying racing cars. Airspeeder combines my passions for racing, flying and being part of the development of cutting-edge technology. I cannot wait to take control of these incredible vehicles and show the world the potential of a true next generation motorsport.

“At my core I am a racer but I’m also a passionate technologist. I’ve been fascinated about the world-changing potential of the rapidly coming advanced air mobility revolution. As an Airspeeder pilot, I’m enormously excited to shape the place and space for the industry to rapidly develop the hardware and digital technologies that will deliver on the promise of electric flying cars. This is a role that motorsport has played from the start of the automobile age and I am proud to be echoing my racing forebears in pioneering a mobility revolution in the furnace of sporting competition.”

Throughout his career, Senna has operated at the cutting-edge of motorsport. He was an early entrant into Formula E and has also pioneered the growth of eSports by transitioning from Formula 1 to a race winning seat in the Williams RCCO World eX Championship. In that sense, Senna is the perfect embodiment of the worlds that Airspeeder combines to create what promises to be the world’s most compelling next-generation motorsport.

Senna will also draw upon a long-standing personal interest in UAV flying and development. Indeed, he personally works on modifications for drones and is fascinated by the iterative technical improvements that can be made through modifications and upgrades. This combination of world-class driving talent, eSports pedigree and a passion for flying makes him the blueprint development driver for electric flying car racing.

As a development pilot he will work with the company’s leading team of engineers. They form Aluada Aeronautics (also founded by Matt Pearson), the designers and manufacturers of the Speeders that will take part in EXA and Airspeeder racing series. Their pedigrees includes a multi-F1 World Championship winning Ferrari composites engineer and senior talent from the development of hyper-cars at McLaren and senior Project Leaders from Airbus, Boeing and Rolls-Royce.

Even in initial development meetings, Senna has already identified significant functional and technical advantages over traditional legacy motorsports. For example, Senna is applying the race-craft he has developed over multiple disciplines to inform strategic approaches for pit-stops, which in the case of Airspeeder will initially deliver rapid battery swaps using a patented ‘slide-and-lock’ system. This insight is invaluable as teams effectively can build tactical philosophy from a blank sheet of paper, adding a highly compelling strategic layer to the sport.

“It’s fascinating when you consider racing with the added vertical dimension. As a driver, I’m excited to re-define racing lines, overtaking approaches and pit strategy within this highly dynamic environment. We are even considering how best to approach different dynamic conditions when following closely in preparation for an overtake. As Airspeeder pilots we are not limited by the same challenges of ‘dirty air’ when following closely. This will make for close, compelling and ultimately gripping racing for fans, whether they are coming to motorsport for the first time or are life-long followers of car racing.”

Together they will refine vehicles that have already proven their racing credentials in final tests ahead of soon-to-be-announced first races. Senna joins a first intake of development pilots drawn from a diverse range of backgrounds. This includes Australia’s leading female racing driver, a highly-rated Drone Champions League (DCL) racer and one of the world’s leading FPV pilots.

The first racers were selected from more than 1,500 individuals drawn from the world’s of civil and military aviation, FPV flying, motorsport and even eSports. Senna will play a leading role in a rigorous process of training and development akin to that of an elite F1 or endurance racer. This will include banking more than 2000 collective hours on the Alauda Aeronautics 6-DoF VR simulator.

The EXA Racing Series will see elite pilots fly full sized Mk3 Speeders blade-to-blade at speeds of up to 200km/h. This will become the long-term development series for forthcoming Airspeeder crewed races. Senna and his pilot colleagues will therefore play a vital role in refining the dynamic characteristics, controls and race-craft.

Indeed, the Speeders that will participate in Airspeeder races will boast the same rapid hairpin-turning capability as a Formula 1 car. With the added dimension of vertical movement, pilots will eventually pull more than 6G. A figure comparable with the hardest rigours of more traditional motorsport. Senna’s experience will be invaluable to preparing EXA pilots for these conditions as they graduate through to crewed racing.

Senna and his colleagues will race across tracks presented to them utilising augmented reality technology presented to pilots on advanced Head Up Displays (HUD). This will then be relayed to viewers through a true pilot’s perspective. This is informed by Airspeeder’s philosophy to race in line with the sensibilities of an entirely new generation of race-fans. In doing so, this will bring in fans more native to eSports and live-streaming than traditional legacy motorsports.

As a sport conceived for and in the era of global streaming, sustainability is ensured by not needing to build the normally highly impactful infrastructure traditional racing demands. This also means a global audience can enjoy and interact with races wherever they are in the world and at whatever time they choose to engage with the sport.

ACCELERATING THE DEVELOPMENT OF A MOBILITY REVOLUTION:

Airspeeder is built on the philosophy that nothing accelerates technical progress like sporting competition. The next generation sport plays the same role the pioneers of Formula One did nearly a century ago in driving technical development and building public acceptance for a new mobility revolution. The eVTOL sector is primed to transform urban aerial transport, global logistics and even remote medical transport  with a clean-air, zero emissions aerial transport solution.

ABOUT THE FOUNDER: MATT PEARSON

Matt Pearson is the founder and visionary behind Alauda and Airspeeder. Together with a team of engineers, designers and commercial minds spanning Australia, New York and London, he is accelerating the development of electric flying vehicles through the white heat of sporting competition.

Beyond his role as a defining voice in the future of mobility, Matt is driving the rapidly expanding Industrial Internet of Things space through his work at Fleet. From their base in South Australia millions of devices are powered via Low Earth Orbit through a growing network of nano satellites.