For the second time in NASCAR Camping World Truck Series history, the series will venture to Knoxville Raceway for this weekend’s Clean Harbors 150 on Saturday, June 18 at 9 p.m. ET on FS1, MRN and SiriusXM NASCAR Radio.

This weekend’s event is guaranteed to have a new winner as last year’s victor, Austin Hill, is not entered to defend his win. Last season’s race was a wild one, producing 20 lead changes among seven different drivers. Kyle Busch Motorsport’s driver Chandler Smith led the most laps (71) and McAnally Hilgemann Racing’s Derek Kraus won the first two stages but it was Hattori Racing Enterprises’ Austin Hill who took the checkered flag in the inaugural event on the famous dirt track.

This season, the series returns to the half-mile dirt track, Knoxville Raceway, looking for more great racing action. The Clean Harbors 150 will be 75 miles in length (150 laps) and will be broken up into three stages. The first stage will end on lap 40, the second stage will end on lap 90 and the final stage is scheduled to conclude on lap 150.

For just the second time in NASCAR Camping World Truck Series history, the season schedule offers two races on dirt (Bristol Motor Speedway Dirt and Knoxville Raceway) and this weekend ThorSport Racing’s Ben Rhodes, the winner of the Bristol Dirt race earlier this season, is looking to sweep this year’s dirt events by taking the win this weekend in the Clean Harbors 150 at Knoxville Raceway on Saturday, June 18 at 9 p.m. ET on FS1, MRN and SiriusXM NASCAR Radio.

This season, Rhodes dominated the Truck Series race at Bristol Motor Speedway Dirt, leading 95 of the scheduled 150 laps (63.3%) and taking the win. Now the 25-year-old has the opportunity to become the first in series history to pull the ‘dirt sweep’ if he wins this weekend at Knoxville.

Last season at Knoxville, Rhodes started 18th and raced his way up to a seventh-place finish.

This weekend’s racing will have special formats for the NASCAR Camping World Truck Series race. Below are details on the 2022 Knoxville Dirt qualifying and race formats: 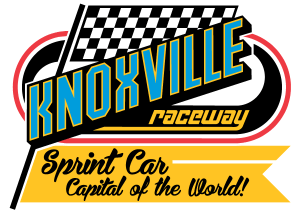 Dirt Ringers: The specialists on dirt brought in for Knoxville

As the NASCAR Camping World Truck Series heads to its second dirt track on the schedule, a handful of ‘dirt ringers’ will be making their way to Knoxville Raceway this weekend. Within this group will be up and comer Buddy Kofoid, Toyota Racing Development driver who will be making his second start of the season in the Kyle Busch Motorsports No. 51 Toyota Tundra. Kofoid’s 2022 season has involved racing for a second consecutive USAC National Midget Series championship along with fielding starts in Dirt Sprint Cars and Champ Cars. Coming fresh off a USAC Indiana Midget Week Title for Keith Kuntz Racing, the 20-year-old will look to carry this momentum into a truck and improve on a 27th-place outing in the Bristol Dirt Race earlier this year.

Another dirt specialist looking to grab the attention of his competition is Brayton Laster. The Greenwood, Indiana native will be making his NASCAR Camping World Truck Series debut in the Reaume Brothers Racing No. 33 Toyota Tundra. Laster, 19, has been touring the Midwest running Dirt Super Late Models for the last four years, earning the title of Brownstown Speedway Rookie of the Year in 2018, as well as finishing third in the Ultimate Heart of America Super Late Model Series standings in 2021. Having recently made starts at Daytona and Talladega in the ARCA Menard’s Series this year, Laster hopes to continue making headway in NASCAR at Knoxville.

Jessica Friesen, wife of NASCAR Camping World Truck Series regular Stewart Friesen, will also be preparing to race this weekend. The former Dirt Sprint Car racer will be piloting the Halmar Friesen Racing No. 62 Toyota Tundra. Last year’s Knoxville Clean Harbor 150 acted as Friesen’s debut in the Truck Series. Having finished 26th in the event, she will look to exceed her previous result and showcase her prowess on dirt against her spouse and the rest of the field.

In addition, siblings Bryson and Braden Mitchell will look to outdo each other and the competition as both are poised to make starts at Knoxville this weekend. Bryson will be driving for G2G Racing in the No. 46 Toyota Tundra while Braden will be wheeling the No. 53 Sparks Motorsports Chevy Silverado. Bryson has recently made a select number of starts in the Durrence Layne Chevrolet Dirt Late Model Series and is primed to utilize his dirt skillset to perform this weekend. On the other hand, Braden looks to overshadow his last time in a truck at Eldora Speedway in 2018, where he failed to qualify for the event.

The Friesens have competed against each other before, finishing first and second in a race at Utica-Rome Speedway two days after their wedding in 2014. Then last season, Jessica and Stewart competed in the same NASCAR Camping World Truck Series race at Knoxville Raceway. Jessica ultimately finished one spot better than her husband Stewart in the event taking home 26th and 27th-place finishes, respectively.

It was the first time a husband-wife duo competed in the same NASCAR national series race since Elton Sawyer and Patty Moise last did it at Atlanta Motor Speedway in the NASCAR Xfinity Series in 1998.

This weekend, the Friesens will look to add another race to the list they have both competed in when they attempt to compete in this Saturday’s Clean Harbors 150 at Knoxville Raceway. Earlier this season, Jessica attempted to qualify for the Bristol Dirt event but did not make the race.