Let this sink in for a moment – not a single NASCAR Cup Series playoff driver won a race in Round One of the playoffs.

Erik Jones, Bubba Wallace and now Chris Buescher. All capable drivers but not the outcome many folks thought would happen. And as unlikely as those three winners are, Kyle Busch and Kevin Harvick both fail to advance. I could see one veteran driver not making it to the next round because it’s racing and things happen. But both of these former champions?

It just goes to show that you have to perform week in and week out at this point of the season. Nothing is given to you; you have to go out and take it. Did Chris Buescher want this win more than Harvick? No, but he had a better car and was mistake free in the pits, which Harvick wasn’t. Kyle Busch can’t afford to have an engine failure.

Buescher’s teammate Brad Keselowski led 109 laps and had winning aspirations before losing a right front, a more than common experience all night. Having both RFK cars in the Top 5 would have been an amazing night for that team.

Bristol was a decent race but for crying out loud, NASCAR has to get its act together on this car. Multiple teams lost right side tires and many had steering issues. Remember what Kevin Harvick said last week about crappy parts? Martin Truex, Jr. reminded us of that after he was the victim of a mechanical failure with less than 200 laps on his car.

Round Two of the playoffs

Round Two will be just as interesting as Round One if not more. The next three tracks are Texas, Talladega and the Charlotte Road Course. Drivers and teams are going to have to bring their A Game each week. And with 19 different winners already in 2022, it is quite possible we’ll see 20 by the end of this round.

Kyle Busch, Austin Dillon and Kevin Harvick are three recent winner at Texas. None of them are playoff drivers at this point. Kyle Larson is the defending race winner but he hasn’t shown a lot of consistent speed this year. William Byron finished second and has show bursts of speed this year but he hasn’t been consistent lately. That makes the third place driver, Christopher Bell, a serious threat to win since he has speed and consistency right now. 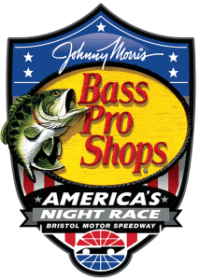 Ryan Blaney needs to win or stay in the Top 5 the next three races. He has the skill to win at all three if they can bring a car that has some speed and they can stay out of trouble.

And just to be safe, Alex Bowman needs better than a Top 25 at Texas or he may be at the bottom looking up. He and Blaney are the two drivers with the most to lose right now. Cindric, Suarez and Briscoe are all capable of winning but Bowman and Blaney need to step up their game or the other three drivers will be glad to take their place moving forward.

Like I said last week, the worst kept secret in NASCAR was made official. It’s been a while since Kyle Busch drove a Chevy and this will give Team Chevy some new blood. This has to be a huge blow to Toyota TRD. They still have talent but they are the smallest team in Cup racing. If RCR can give Rowdy what he needs, they are automatically a serious contender for the playoffs next year and the best bet to return RCR to a championship.

A lot of complaining about the schedule for 2023 but you can’t say NASCAR doesn’t keep trying to win over fans. A return the LA Coliseum, a new Chicago street race, Bristol dirt is back, the All Star race at North Wilkesboro, just one race at Texas and no Brickyard 400. It will also be the final race at California under its existing format. One can argue, and many are, that NASCAR has become too saturated with road courses. But cry as you may, the road courses have been producing better racing than the large ovals and don’t forget, everyone hated the cookie cutter 1.5 mile tracks that used to dominate the series.

Stay in your lane, turn left and keep the shiny side up.  And check out my past articles here.