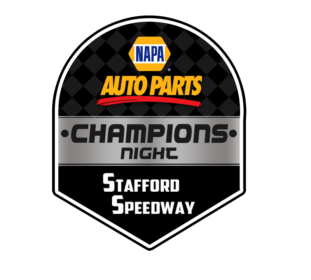 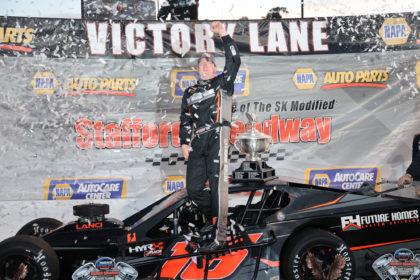 (Stafford Springs, CT)—Stafford Motor Speedway welcomed the Monaco Modified Tri-Track Series to the track $15,000 to win NAPA Fall Final.  With 51 cars on hand to qualify for 32 starting positions, there was also a 20-lap RaceChoice.com B-Main feature which allowed the winner to choose from either a $1,000 payday or to join the starting field for the 80-lap main event.  Cory DiMatteo won the race and he chose to join the 80-lap race and start in the 33rd and final starting position.

(Stafford Springs, CT)—Stafford Speedway hosted Weekly Racing action on Friday, September 23 with all 5 of its divisions in feature action. 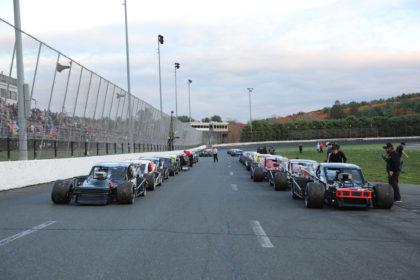 (Stafford Springs, CT)—When the Monaco Modified Tri-Track Series comes to Stafford Motor Speedway this Saturday, September 24, there will be a robust field of 50 cars trying to qualify for the 80-lap, $15,000 to win feature event.  Among the 50 entrants is a wealth of driving talent. 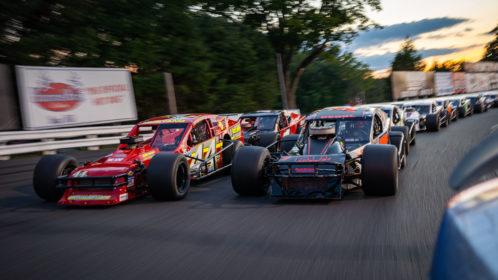 (Stafford Springs, CT)—The 49th Annual NAPA Auto Parts Fall Final will be headlined by the 80-lap, $15,000 to win, Monaco Modified Tri-Track Series event but also on the schedule is the SK Light Modified Invitational. A unique twist on SK Light Modified racing, the 20-lap feature will be open to any SK Light Modified competitor that has not won a race at Stafford in 2022. 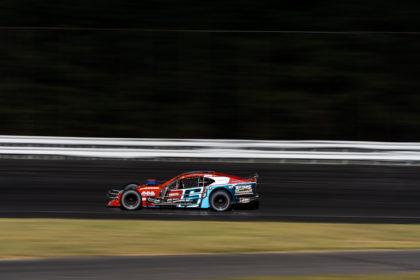 WHITINSVILLE, Mass. – The Stan Mertz Racing Koopman Lumber No. 6 is looking for the big prize this Saturday at Stafford Motor Speedway. Driver Matt Galko will wheel the car in the Monaco Modified Tri-Track Series NAPA Fall Final – with 80 laps on tap to battle for a $15,000 winning prize. 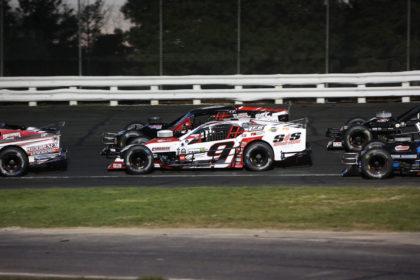 (Stafford Springs, CT)—When the Monaco Modified Tri-Track Series comes to Stafford Speedway this Saturday, September 24 for the NAPA Fall Final, Chase Dowling, driver of the #9 Start/Finish Motorsports / S & S Asphalt Paving car, will be looking to return to his winning ways at Stafford.  The 2021 season saw Dowling and the #9 team take back to back wins during the summer in open competition but 2022 has seen Dowling and the #9 team collect just one win thus far.