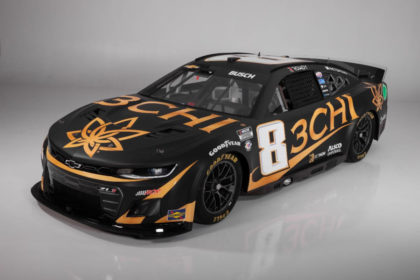 WELCOME, N.C. (February 1, 2023) – One of the NASCAR industry’s most storied teams and one of the sports’ most successful modern era drivers will partner with a pioneer in the hemp industry in 2023. Richard Childress Racing announced today that when Busch kicks off his 19th season of NASCAR Cup Series competition and first season with the 54-year-old race team, he will be driving the No. 8 3CHI Chevrolet at Daytona.

No. 11 Sport Clips Toyota Camry TRD News and Notes LA COLISEUM DEBUT: Denny Hamlin finished 23rd in last year’s inaugural trip to Los Angeles Memorial Coliseum after a mechanical issue ended his race early. To advance to the main event, Hamlin had to battle his way in through a last-chance-qualifying race where he started first and led all 50 laps to secure his position in the 150-lap race. HAMLIN CLASH HISTORY: Hamlin is a three-time Busch Clash winner with all three victories coming at Daytona International Speedway. He won the annual…

The 2023 NASCAR Cup Series season begins on the West Coast for the second year in a row with the non-points Busch Light Clash at The Coliseum. Last year’s race on the purpose-built, quarter-mile, asphalt oval inside the Los Angeles Memorial Coliseum was the debut of the new NextGen car, the seventh variation of the NASCAR stock car first introduced in 1949.

NASCAR returns to the track this weekend to unofficially kick off the 2023 season with the second running of the Busch Light Clash at the iconic Los Angeles Memorial Coliseum. The weekend’s 150-lap Feature race will showcase 27 world-class drivers battling on a temporary, quarter-mile, paved oval, built on top of the playing field that is home to the University of Southern California Trojans football team.

Entering his fifth season under the JGR banner, Martin Truex Jr. has become quite the short-track ace during his first four seasons with JGR’s No. 19 team. Prior to his time with JGR, Truex had never won on a short track. However, since joining JGR, he’s brought home six of his 12 total victories on short tracks, which includes with three wins each on the Virginia shorts track at Richmond Raceway and Martinsville Speedway.

Perseverance has paid off for Ryan Preece. SHR promoted the 32-year-old racer from Berlin, Connecticut, from his reserve driver role with the organization to the NASCAR Cup Series in 2023 where he will drive the team’s No. 41 Ford Mustang. Preece had spent 2022 performing simulator work while running a mix of races across each of NASCAR’s top-three national touring series – Cup, Xfinity and Truck – a schedule punctuated by a Truck Series win from the pole June 24 at Nashville (Tenn.) Superspeedway, his second straight at the 1.333-mile… 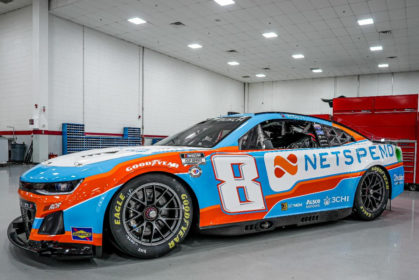 WELCOME, N.C. (January 16, 2023) – Netspend, a leading provider of payments and financial solutions for consumers and businesses, will sponsor Kyle Busch and the No. 8 team beginning in 2023, Richard Childress Racing announced today. 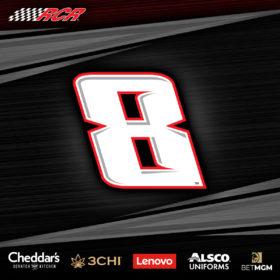 WELCOME, N.C. (December 8, 2022) – French writer Jean-Baptiste Alphonse Karr famously wrote “plus ca change, plus c’est la même chose”. Roughly translated to “The more things change, the more they stay the same”, the Frenchman’s words in 1849 have a lot of merit for Richard Childress Racing and Kyle Busch heading into their inaugural season together in 2023.

LOUDON, NH: The museums most important event Legends Day will take place on Sunday November 13th at the New England Racing Museum (922 Rt. 106, Loudon, NH 03307). Headlining the event will be the stock car stars of the former NASCAR North and Busch North Series. The event will include an honoree panel discussion, permanent banner unveiling and a buffet lunch. The event is presented by Autopac Gallery and Overhead Door Options Inc.