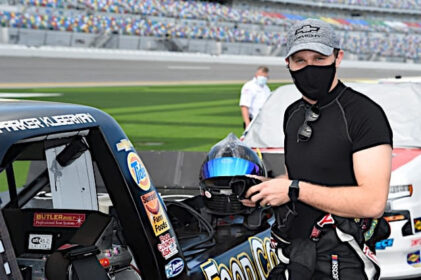 In 2009, 19-year-old Parker Kligerman of Stamford, CT was in the midst of one of the most memorable ARCA Menards Series championship battles. While race fans may recall the Stamford, Connecticut native’s mind-boggling consistency, Kligerman’s 2009 championship run seemed like a story from a Hollywood film. Racing for Cunningham Motorsports’ No. 77 Dodge entry, Kligerman and his team were like ARCA’s version of the 1967 Boston Red Sox with an improbable title run.