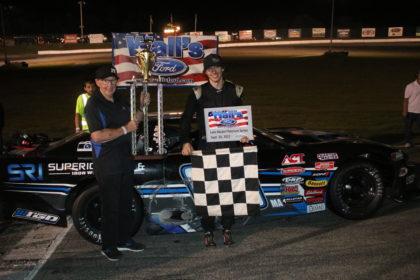 N. Woodstock, NH — With the 2022 White Mountain Motorsports Park season coming to a close over the next few weeks in September, the pressure was on for all to perform, and it showed. The inaugural Wall’s Ford Platinum Series was on the line for the Foley Oil & Propane Late Models with the Wells River Chevrolet Flying Tigers having the closest point battle in recent memory.

Oxford, ME — The annual American-Canadian Tour 125 at Oxford Plains Speedway headlining the Saturday night before the Oxford 250 program did not disappoint. 38 American-Canadian Tour cars from all six New England states and the Canadian province of Quebec made the trek to the Vacationland home of ACT to take part in one of New England’s crown jewel events. Fireworks on the track split into darkness with a first-time blackout delaying the event in the early goings. 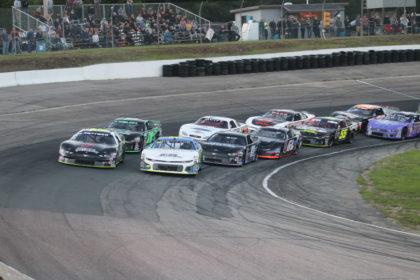 N. Woodstock, NH — A night highlighted by first time winners and longtime dominators left plenty of dust to be settled on the high banks of White Mountain Motorsports Park. At the end of the night, two drivers grabbed the checkered flag for the first time, one took his first win of the year while a traveling Late Model team stole the local show and a Modified ace took his first Modified Racing Series win since 2010.

Loudon, NH — We couldn’t properly call it the Northeast Classic without Mother Nature staying true and changing the weather 987-times in a seventy-two-hour span. We experienced it all, warm sunshine, blistering winds, downpouring rain, skies both clear and packed with clouds and even the occasional flurry of snow.