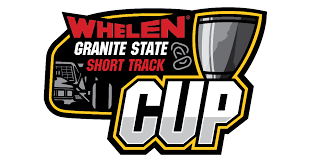 Bobby Labonte had his sights set on winning his third straight SMART tour feature but Jonathan Brown had other ideas about knocking Labonte off the winners podium.

Waterbury, VT and Naples, ME ­— American-Canadian Tour (ACT) and Pro All Stars Series (PASS) have released the entry forms for the next two Outlaw Open Modified Series events at Connecticut’s Thompson Speedway Motorsports Park. The Nutmeg State 75 on Wednesday, June 16 and the Spirit of 76 on Wednesday, July 7 are part of a six-division card for the track’s 82nd summer of racing.

In the previous 64 NASCAR Whelen Modified Tour races contested at Riverhead Raceway there was perhaps no more a popular winner then Eric Goodale of Riverhead when he topped the late Ted Christopher for the win June 28th, 2014. Eric who grew up roughly three miles from the historic quarter mile bullring was swarmed by family and friends after his first career WMT triumph. Saturday May 15th the 35-year old Goodale will come to the Miller Lite 200 at Riverhead as the early season WMT championship leader and is hopeful…

(Stafford Springs, CT)—Stafford Motor Speedway welcomed the NASCAR Whelen Modified Tour to Stafford Speedway for its first of three visits of the 2021 season on Friday, April 30 for the NAPA Auto Parts Spring Sizzler.  Patrick Emerling capitalized on a late race move that saw race leaders Ryan Preece and Ron Silk come together and spin right before rain hit Stafford Motor Speedway to inherit the lead and win the 49th Annual NAPA Spring Sizzler, which was called with 130 of 150 laps complete.

Defending NASCAR Whelen Modified Tour champion Justin Bonsignore of Holtsville will return to where it all began for him when the tour makes its first of three visits to Riverhead Raceway Saturday May 15th and with him bring a four race WMT win streak into the Miller Lite 200. The third week of May date is the earliest the NASCAR Whelen Modified Tour has ever visited the eastern Long Island facility since it’s inception in 1985. The Miller Lite 200 will mark the 65th WMT race at the track.

N. Woodstock, NH — White Mountain Motorsports Park honored the top drivers from the past racing season at the 2020 Banquet of Champions on Saturday, April 24. Racers, crew members, and families gathered at the track for a celebration of 2020 while also looking forward to the 2021 season opener on May 8.

For the seventh time in as many starts at Mahoning Valley Speedway Matt Hirschman has driven to victory, this time doing so for the season opening Race of Champions (RoC) Asphalt Modified Series 75-lapper. And, in each of those wins the runner-up has been Austin Beers.