Oxford, ME — The annual American-Canadian Tour 125 at Oxford Plains Speedway headlining the Saturday night before the Oxford 250 program did not disappoint. 38 American-Canadian Tour cars from all six New England states and the Canadian province of Quebec made the trek to the Vacationland home of ACT to take part in one of New England’s crown jewel events. Fireworks on the track split into darkness with a first-time blackout delaying the event in the early goings. 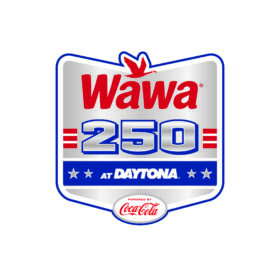 Just four races remain in the NASCAR Xfinity Series regular season (Daytona, Darlington, Kansas and Bristol) and a lot can happen to shake up the standings as the 2022 season winds down. After a weekend of road course racing at Watkins Glen International, the Xfinity Series returns to the World Center of Racing – Daytona International Speedway – for the Wawa 250 Powered by Coca Cola on Friday, August 26 under the lights at 7:30 p.m. ET  on USA, MRN and SiriusXM NASCAR Radio (Channel 90).

(Stafford Springs, CT)—Stafford Speedway’s SK Light division heads into their biggest race of the 2022 season this Friday night, July 8, with the Dunleavy’s Modifiedz Night 40-lap event that will pay the winner over $2,000 in purse and contingency awards from total posted awards of over $10,000.

(Stafford Springs, CT)—When Stafford Speedway created the SK Light division back in 2006, hometown driver Chris Matthews quickly established himself as the standout of the division.  He racked up 17 wins over the first three years of the division, which is still the most wins by any driver to date, and claimed the 2007 SK Light championship.

BECHTELSVILLE, PA. – As the old saying goes, LET THERE BE LIGHT! Lights it will be, as the 60th anniversary season of professional auto racing begins at Grandview Speedway on Saturday, April 2, with the running of the 5th annual VP Racing Fuels Bruce Rogers Memorial Money Maker.