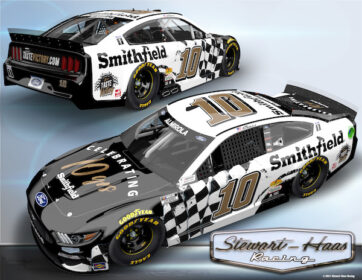 ● History at Daytona: Almirola scored his first career Cup Series win in the rain-shortened July 2014 race at Daytona, when he led 14 laps. In the NASCAR Xfinity Series, he started on the pole in his first outing in July 2007, and he captured a win there while piloting the No. 98 Biagi-Den Beste Ford Mustang in July 2016.