HARRISBURG, N.C. (Dec. 16, 2021) – KHI Management has added 15-year-old racer Connor Zilisch to its athlete roster, and the full-service sports and celebrity marketing agency has placed the up-and-coming driver in the Trans Am Series presented by Pirelli where in 2022 he will compete in the TA2 division for Silver Hare Racing.

Silver Hare Racing joined Trans Am in 2019 and expanded into a multicar team in 2020, promptly winning the TA2 Masters class championship with driver and team co-owner Maurice Hull. Beyond its racing program, Silver Hare Racing offers a variety of services that includes private testing, arrive-and-drive programs and professional driver coaching.

“Maurice and I have had the opportunity to watch Connor in a TA2 car, and the quickness in which he familiarized himself with the racecar and got it up to speed was extraordinary,” said Laura Hull, co-owner of Silver Hare Racing. “Each driver strives to improve, and I believe Connor’s driving is further along than most racers his age. Having him as a part of our race team is a feather in our cap. We’re proud to have him and appreciate KHI Management for the opportunity to mentor him.”

Zilisch will augment his time in Trans Am with a full season of Idemitsu Mazda MX-5 Cup, the signature spec series for Mazda Motorsports. Zilisch was the top winner of the series’ scholarship, earning $110,000 to take 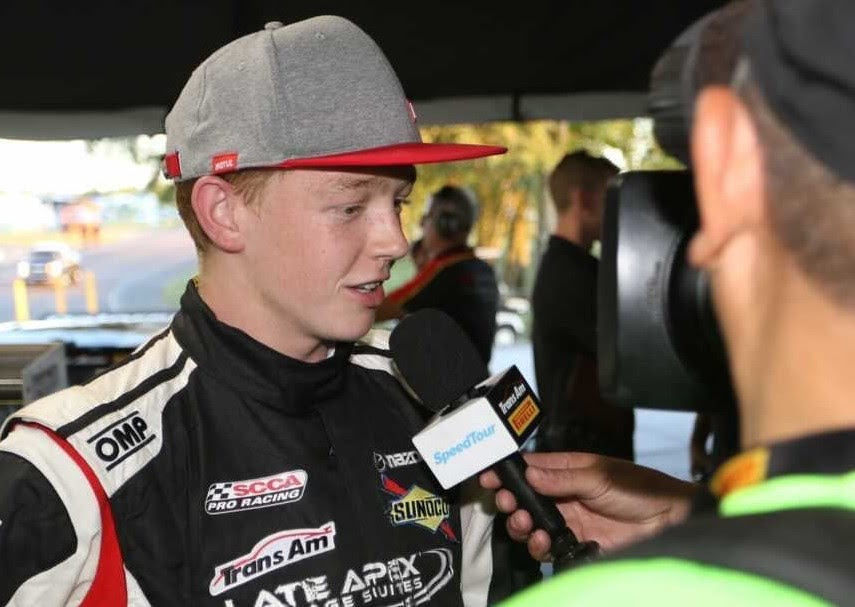 “I’m really looking forward to running both Trans Am and Mazda MX-5 Cup. It’s a great way to gain a lot of experience,” said Zilisch, a 10th-grader from Mooresville, North Carolina. “The learning curve will be steep, but I know I’m in a good spot at Silver Hare Racing. Maurice Hull, Laura Hull and the whole Silver Hare team have been very welcoming and all of us are ready for the 2022 season to get started.”

Zilisch has been racing go-karts competitively since he was four. The 2021 season was his first year racing cars.

“Connor has been impressive in karts, but the way he took to cars was even more impressive,” said Harvick, whose own racing career began in go-karts. “He’s definitely ready for Trans Am. Those cars are big and powerful and probably the closest thing to what we race in NASCAR. He’ll be in good equipment at Silver Hare Racing and it’s a great opportunity for him to grab another rung on the racing ladder.”

Before turning to cars this year, Zilisch had won multiple national karting championships and even tasted success overseas in the ultra-competitive European ranks. In Italy, Zilisch scored the 2017 ROK Cup Superfinal championship in the Mini ROK category and the 2020 FIA Academy Trophy title.

Zilisch has made the transition to cars appear seamless. He finished third in the Spec Miata race during the SCCA National Championships Oct. 1 at Indianapolis Motor Speedway and set three separate lap records – two in Spec Miata at Michelin Raceway Road Atlanta in Braselton, Georgia, and Carolina Motorsports Park in Kershaw County, South Carolina, respectively, and one in MX-5 at Road Atlanta.

Then, in Zilisch’s TA2 debut in September at Virginia International Raceway (VIR) in Alton, he shattered the track record with a lap of 1:48.905 to become the youngest pole winner in series history. It was an impressive run, as Zilisch made the jump from the 150-horsepower Spec Miata to the 500-horsepower TA2 car with ease after only one day of testing in the high-powered, purpose-built racecar from Nitro Motorsports.

“One of the biggest highlights of the year was the first TA2 race I was able to run at VIR in September,” Zilisch said. “Prior to that race, my only day in a TA2 car was a test day I had run with Silver Hare Racing back in May before I turned 15.

“I can’t thank Maurice and Laura Hull enough for believing in me and trusting me with their equipment that day. The entire experience with the Silver Hare team was fantastic, and that was one of the key reasons I was able to hit the ground running with Nitro Motorsports a few months later. I was able to get some great experience, build confidence in the car, and put down some pretty quick laps.”

KHI Management is a full-service sports and celebrity marketing agency representing some of the most successful and high-profile professionals in the sports, broadcasting and music industries, as well as offering a variety of consulting and marketing services to corporate sponsors. In representing many of the biggest names in NASCAR, UFC, PGA, motocross and the music industry, KHI Management consistently maximizes its client’s brand awareness and marketplace value. Founded by NASCAR Cup Series champion Kevin Harvick, KHI Management affords clients the opportunity to leverage their brands across multiple sports and entertainment platforms via a singular agency with an array of services ranging from career management and media relations to licensing and philanthropy. Prior to founding KHI Management, Harvick and his wife, DeLana, co-owned Kevin Harvick Inc. (KHI), a three-time championship-winning NASCAR Truck Series and NASCAR Xfinity Series team. Proficiency in managing the day-to-day operations of organizations and drivers at the top levels of NASCAR laid the foundation for a seamless transition to athlete, artist and entertainer management.