Even in its 40th edition, the Lime Rock Park Historic Festival presented by Corvette continues evolving and raising the bar. Nine run groups and over 200 cars present a diverse and dynamic field that will animate Lime Rock Park’s 1.5 miles with bevy of sound and speed to delight any automotive enthusiast. Here are seven things to look for this weekend. 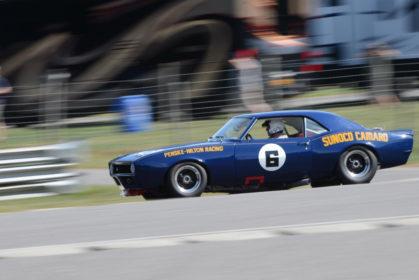 The Lime Rock Park Historic Festival will celebrate the 70th anniversary of the Chevrolet Corvette as the featured marque this Labor Day weekend (Sept. 1-5). First shown to the public at General Motors’ Motorama as a “dream car” in January, 1953, the Corvette has captured hearts and dreams ever since.