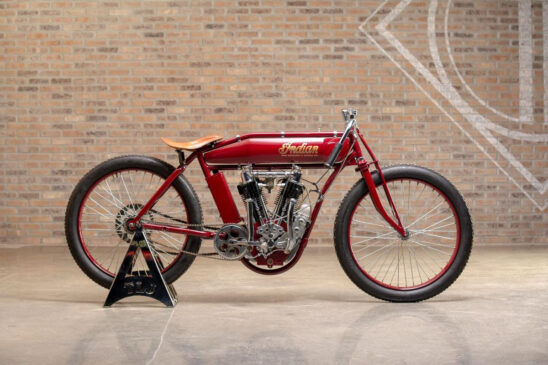 When motorcycle enthusiasts hear the name ‘Indian,’ images of bulky-engine’d, Harley-rivalling bikes are instantly recalled. The Indian brand was a staple of US two-wheel culture, with models such as the Scout and Chief synonymous with beautiful design and faultless dependability… The American company originally started producing powered bikes from 1901 to 1953 in Springfield, USA. The company had already made bicycles under the moniker ‘American Indian,’ while their later efforts were simply known as “Indian.”