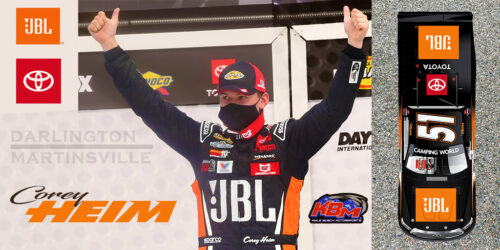 MOORESVILLE, N.C. (April 21, 2021) – Kyle Busch Motorsports (KBM) announced today that Corey Heim will make two starts behind the wheel of the organization’s No. 51 Tundra in the NASCAR Camping World Truck Series this season. The 18-year-old driver will make his series debut May 7 at Darlington (S.C.) Raceway with primary sponsorship from JBL, the authority in engineering superior sound. He will also compete in the Truck Series event Oct. 30 at Martinsville (Va.) Speedway with a yet to be named sponsor.

Drew Dollar will make his NASCAR Camping World Truck Series debut behind the wheel of the No. 51 JBL Tundra in Friday night’s season-opening event at Daytona (Fla.) International Speedway as part of an eight-race schedule with Kyle Busch Motorsports (KBM) in 2021. Dollar showed a knack for superspeedway racing last year in the ARCA Menards Series, winning at Talladega (Ala.) Superspeedway last June and delivering a third-place finish at Daytona last February. 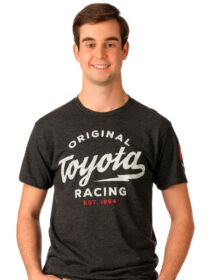 Kyle Busch Motorsports (KBM) announced today that Drew Dollar will make eight starts behind the wheel of the organization’s No. 51 Tundra in the NASCAR Camping World Truck Series in 2021 with Mardy Lindley as his crew chief. Dollar’s Tundra will feature primary sponsorship from Sunbelt Rentals, the premiere rental company in North America, JBL, the authority in engineering superior sound, and another sponsor to be named later.