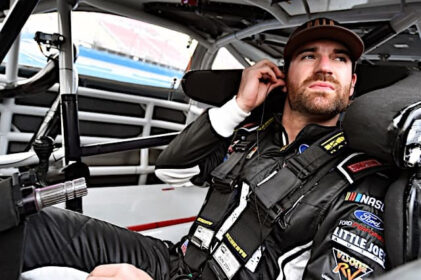 DAYTONA BEACH, Fla. — Corey LaJoie notched a ninth-place finish in the Daytona 500 in his debut race with Spire Motorsports — not a victory, yet still celebrated as a milestone by his new team. 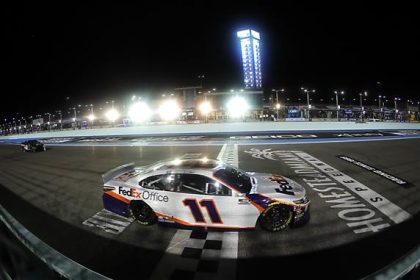 With weekday races nearly at end, this week we saw Martin Truex, Jr. win at Bristol and Denny Hamlin winning at Homestead. This was the first win of the season for Truex and Hamlin has now notched three wins to lead all drivers.

Pit Stops for Hope contribution will provide educational and nutritional assistance within the Piedmont-Triad and Charlotte areas of North Carolina WELCOME, NC (May 21, 2020) – Through his collaboration with the GM BuyPower Card®, NASCAR star Austin Dillon is coming to the aid of his local community in advance of the Coca-Cola 600 NASCAR Cup Series race at Charlotte Motor Speedway through a contribution to Pit Stops for Hope. “Pit Stops for Hope is an organization close to my heart since it started over 10 years ago, but as I prepare…

Sunday, April 12, 2014, On this day in history, NASCAR Cup Series driver Kevin Harvick put on a clinic in the NASCAR Cup Series race at Darlington Raceway leading 238 of scheduled 374 laps and winning from the pole. Harvick would put up a total of five wins in 2014 and win his first and only NASCAR Cup Series championship.

Sunday, April 6, 2003 – On this day in history, Dale Earnhardt Jr. won his fourth consecutive NASCAR Cup Series race at Talladega Superspeedway (2001 Fall, 2002 sweep, 2003 Spring) beating Kevin Harvick to the line by a mere 0.125 second. The win set the record for the most consecutive victories in NASCAR Cup Series history at Talladega Superspeedway. 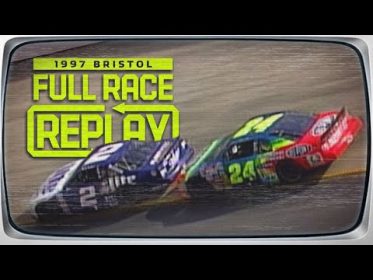 Relive Round 1 of Jeff Gordon vs. Rusty Wallace at Bristol Motor Speedway. This was the first time the Blue Deuce and the Rainbow Warrior got together at the ‘Last Great Colosseum’ with Gordon and the 24 coming out on top.

DAYTONA BEACH, Fla. (March 12, 2020) – “At this time, NASCAR will hold its race events at Atlanta Motor Speedway and Homestead-Miami Speedway without fans in attendance. These events will be restricted to competitors, crews, officials and other necessary personnel to conduct the race. We will work with public health officials as we determine future scheduling beyond these events.” (NASCAR PR)