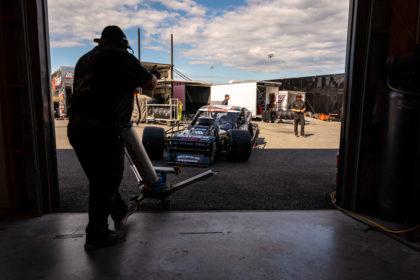 MARTINSVILLE, Va. – Doug Coby was running comfortably inside the top-10 when a mechanical failure suddenly forced him to pull into the garage early on Thursday at Martinsville Speedway. Competing in the season-finale for the NASCAR Whelen Modified Tour, Coby wheeled the Mayhew Tools No. 10 and ran around the top-10 for the beginning stages of the race.