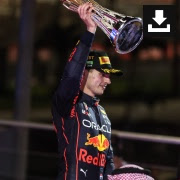 Jeddah, Saudi Arabia (Sunday 27th March) – Red Bull’s Max Verstappen has won the FORMULA 1 STC SAUDI ARABIAN GRAND PRIX 2022, beating Ferrari’s Charles Leclerc by just half a second in a thrilling battle between the two drivers. The reigning World Champion took the lead of the race just three laps from the chequered flag and kept Leclerc at bay to clinch the 21st victory of his career.

Sébastien Loeb became the oldest winner of an FIA World Rally Championship round after grabbing a remarkable Rallye Monte-Carlo victory from the under the nose of old foe Sébastien Ogier on Sunday. The 47-year-old Frenchman trailed Ogier by almost half a minute heading into the penultimate speed test of the four-day event in the French Alps.