Barre, VT — The traditional Thunder Road Thursday Night opener in 2022 was a little more wet than anyone planned for and when the rains came, they came hard. With the constant threat of rain forcing officials to push the show along, Casella Waste Management Night schedule bobbed and weaved with the forecast. When it was all said and done, monsoon rains finally descended on high banks just after lap 35 of the Lenny’s Shoe & Apparel Flying Tigers feature leaving two teams from Williamstown very happy, albeit wet, campers.

CLAREMONT, N.H. – One month after a successful start at Monadnock Speedway, the Whitcomb 5 Series will return to the track this Friday night for round two of the season. Ready to compete at Claremont Motorsports Park in Claremont, New Hampshire, the Weaver Brothers Construction 125 will showcase the top NHSTRA Modified drivers from across New England in this special event.

NASHVILLE, Tenn. – (May 24, 2022) – Award-winning Circle Network announced today that it is airing a sophomore season of hit summer programs, “Dinner Drive with Kyle Petty,” set to premiere on Thursday, June 16 at 9pm/8pm CT. NASCAR legend Kyle Petty will bring his viewers one-on-one conversations with some of his favorite athletes and musicians from around the nation as they take a drive and share stories over dinner.

BECHTELSVILLE, PA. – Grandview Speedway will be busy this Memorial Day weekend, with racing action planned for both the regular Saturday race night as well as a special event planned for Sunday evening with the first Thunder on the Hill race meet of the season.

Barre, VT and Naples, ME — Officials from the American-Canadian Tour (ACT) and Pro All Stars Series (PASS) announced today that they have renewed their partnership with the Boston Beer Company for a third consecutive year at Connecticut’s Thompson Speedway. Boston Beer, through its popular Twisted Tea brand, will serve as the headline sponsor for a pair of Wednesday Night Specials slated for June 15th and July 13th.

(Indianapolis, IN) One of the biggest weeks in racing will see the return of some of the greatest wheelmen on dirt making their second appearance at Circle City Raceway. Circle City, which opened for its inaugural season last year, brought the USAC AMSOIL Sprint Car National Championship back to Indianapolis for the first time in 37 years. The series will slide its way back into the Indianapolis dirt for two exciting days of racing, presented by Mastin and Cain Warehousing Services, Wednesday-Thursday, May 25th-26th during the week of Indy.

Kaz Grala, not Jade Buford, will be behind the wheel of the No. 48 Big Machine Racing Chevrolet for the next two NASCAR Xfinity Series races — Saturday at Talladega (Ala.) Superspeedway and April at Dover (Del.) International Speedway.

Following a decades old Long Island racing tradition, Riverhead Raceway owners Connie Partridge and Tom Gatz are hosting two free to the public practice days at the famed quarter mile with the first session scheduled for this Saturday April 23rd. A second practice day is also set for Sautrday April 30th. Spectators can enter the track via the entrance located behind turn three free of charge to get a sneak preview of the 72nd season of racing at Riverhead that starts Saturday night May 7th. 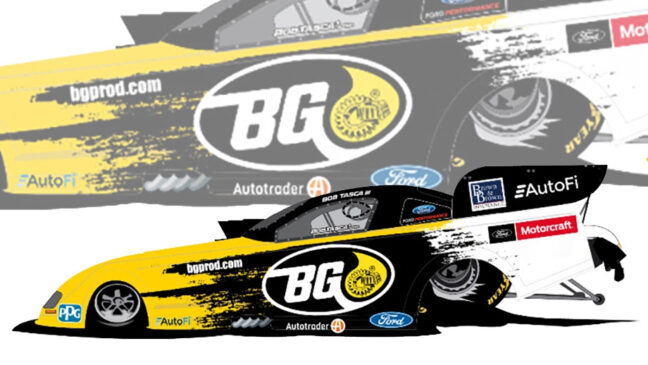 Bob Tasca III will return to defend his win at the NHRA Four-Wide Nationals in Las Vegas on April 1–3, and this time around he will be in a BG Products-wrapped Ford Mustang in the first of three races with the company in 2022.