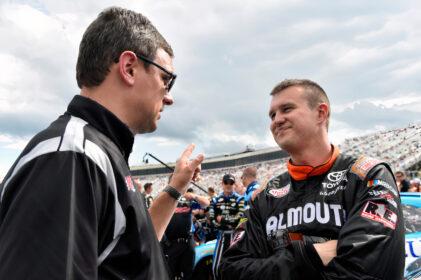 Ryan Preece spent the past several years watching the Snowball Derby from home and wondered why he wasn’t there too. So, he decided to do something about it. Simultaneously, NASCAR Cup Series crew chief and 2007 CRA Super Series champion driver Chris Gabehart had also been fighting the itch to get back into the Super Late Model game in some capacity. So, he decided to do something about that too.

Denny Hamlin and the FedEx Racing team return to begin their 2021 NASCAR Cup Series campaign this Tuesday with the 35-lap Busch Clash on the Daytona International Speedway road course. A three-time winner of the event on the Daytona oval (2006, 2014 and 2016), Hamlin is one of only six drivers to win both the Clash and DAYTONA 500 during the same Speedweeks. His only previous start on the infield road course yielded a second-place finish.