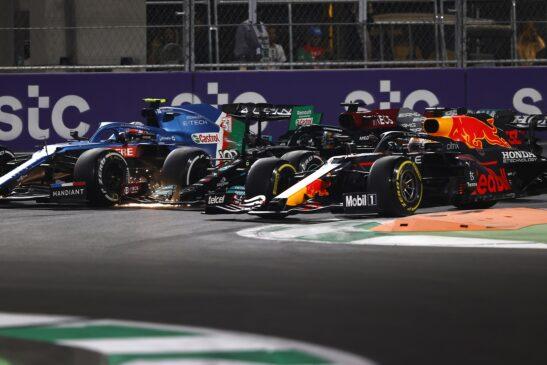 Jeddah, Saudi Arabia – (December 5th) – Fireworks lit up the Jeddah Corniche Circuit to celebrate Lewis Hamilton’s 103rd Grand Prix victory, but it was the fireworks on the track that stole the show. The first-ever FORMULA 1 STC SAUDI ARABIAN GRAND PRIX 2021 will be remembered as one of the most dramatic debut races in the history of the sport as Hamilton and his title-rival Max Verstappen traded blows on the racetrack.