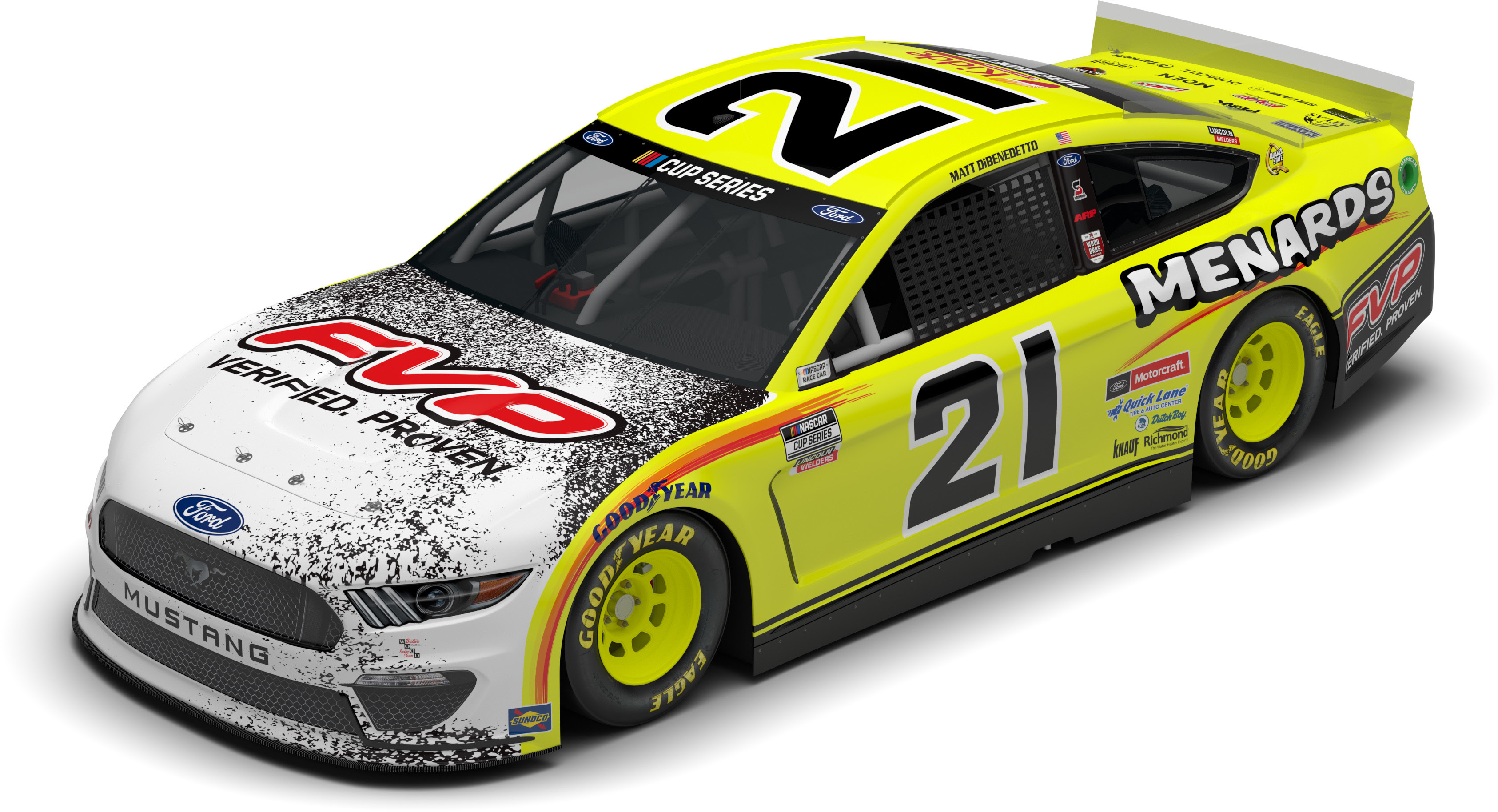 Fresh off a ninth-place finish at Darlington Raceway on Wednesday night, Matt DiBenedetto and the No. 21 Menards/FVP team head to Charlotte Motor Speedway for the Cup circuit’s annual Memorial Day weekend tradition – the Coca-Cola 600.

DiBenedetto, who enters the weekend ninth in the Cup standings, said he’s expecting to run well in his first start there in the iconic No. 21 Mustang.

DiBenedetto, driving for another team last year, had a fast car in for the Monster Energy Open that preceded the All-Star race at Charlotte, finishing fourth. He said he can build on that as well as his second-place finish earlier this year at a similar track – Las Vegas Motor Speedway.

As part of NASCAR’s and Charlotte Motor Speedway’s annual 600 Miles of Remembrance, each car in the Coca-Cola 600 will carry the name of a service member who died serving their country.

This year, the Menards/FVP Mustang will carry the name of Air Force Major Lucas F. Gruenther, who was an F-16 Flight Lead and the Chief of Flight Safety for the 31st Fighter Wing at Aviano Air Base in Italy.

As Chief of Flight Safety, he developed and executed all aspects of the wing commander’s flight safety mishap prevention and response program. He was responsible for conducting mishap investigations and safety inspections. Additionally, Major Gruenther directed various working groups, wrote and maintained the wing Mishap Response Plan, and coordinated safety concerns on all matters relating to airfield construction and maintenance.

Major Gruenther earned his commission from the United States Air Force Academy in 2003, where he was a Distinguished Graduate and member of the Parachute Team, the “Wings of Blue.”

He had more than 400 combat hours, including his service in Operation Enduring Freedom.

Major Gruenther, from Twain Harte, Calif., died Jan. 28, 2013, from injuries suffered when he ejected from his F-16 during a nighttime training flight.

There will be no practice, and fans will not be allowed at the track.
###

A family owned company started in 1958, Menards is headquartered in Eau Claire, WI.  Menards has more than 300 retail stores located throughout the Midwest in the states of IL, IN, IA, KS, KY, MI, MN, MO, NE, ND, OH, SD, WI and WY.  Menards is known throughout the home improvement industry as the low price leader.  It’s famous slogan “Save Big Money at Menards” is widely known and easy to remember.  For more information, visit Menards.com, like us on Facebook or follow us on Twitter, Instagram or Pinterest.