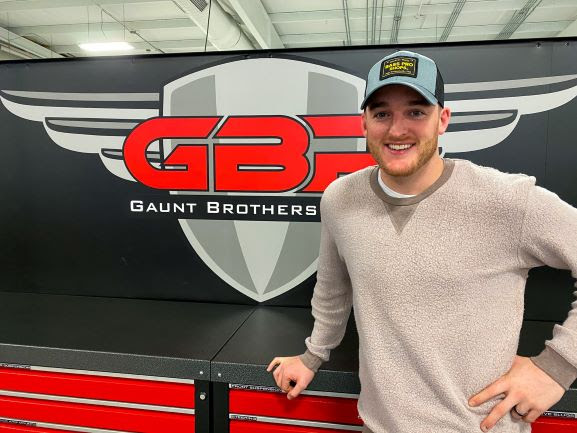 The 28-year-old from Lewisville, North Carolina, will make his 163rd career NASCAR Cup Series start upon qualifying for The Great American Race. Dillon will drive the No. 96 Bass Pro Shops/Black Rifle Coffee Company Toyota Camry, marking his first point-paying start behind the wheel of a Toyota.

“Gaunt Brothers Racing has given me a great opportunity to compete in the Daytona 500 and I couldn’t be happier,” Dillon said. “I love superspeedway races and the Daytona 500 is the biggest of them all. Toyota has certainly proven itself in our sport and in the Daytona 500. I’m looking forward to racing with them and reuniting with Bass Pro Shops and Black Rifle Coffee Company.”

Gaunt Brothers Racing has put particular emphasis on its superspeedway program in 2021. The team will unload a brand-new Toyota Camry for Dillon at Daytona with an engine built by Toyota Racing Development, U.S.A. (TRD).

“The best way to get a good start to your season is to have a good finish in the Daytona 500,” said Marty Gaunt, president, Gaunt Brothers Racing. “We’ve got a talented driver in Ty Dillon with a strong TRD engine plugged into the best equipment available. Together with Toyota, Bass Pro Shops and Black Rifle Coffee Company, we’re ready to compete and surprise some people.”

Bass Pro Shops is a longtime supporter of Dillon. North America’s premier outdoor and conservation company was with Dillon for his first career NASCAR Xfinity Series win in July 2014 at Indianapolis Motor Speedway and his three NASCAR Camping World Truck Series victories – August 2012 at Atlanta Motor Speedway, June 2013 at Kentucky Speedway in Sparta, and November 2013 at Texas Motor Speedway in Fort Worth.

“In addition to Ty’s competitive spirit and lifelong passion for racing, his love of fishing, hunting and the great outdoors makes him a great ambassador for Bass Pro Shops,” said noted conservationist and Bass Pro Shops founder Johnny Morris. “We know Ty lives for moments like the Daytona 500 just like we do, and we couldn’t be more excited for him to represent Bass Pro Shops in the biggest race of the year.”

Black Rifle Coffee Company is a premium, roast-to-order, veteran-owned coffee company that gives back to veterans in every cup. Founded by Evan Hafer, a Green Beret who served in Iraq and Afghanistan, Black Rifle Coffee Company has quickly established itself as a strong brand with a growing community of loyal fans thanks to its delicious coffee and commitment to supporting veterans, law enforcement and first responders. The 2021 season marks its second year as a sponsor in NASCAR.

Dillon is the 2011 ARCA Menards Series champion. He has 10 career NASCAR Cup Series starts at Daytona with three top-10 finishes, including a fourth-place drive in the 2019 Coke Zero Sugar 400

Gaunt Brothers Racing (GBR) fields the No. 96 Toyota Camry in the NASCAR Cup Series. The Mooresville, North Carolina-based team is owned by Marty Gaunt, the CEO of Triad Racing. Gaunt founded GBR in 2010, with his eponymous team starting out in the Canada-based NASCAR Pinty’s Series and the U.S.-based NASCAR K&N Pro Series. Its first driver, Jason Bowles, scored GBR’s maiden victory in the 2011 Toyota All-Star Showdown at Irwindale Speedway in California, with the precursor to that win being the pole position in track-record time at the 2011 Streets of Toronto 100. After seven years competing in NASCAR’s development divisions, Gaunt stepped up to the NASCAR Cup Series in 2017. For more information, please visit us online at http://www.GauntBrothersRacing.com, on Facebook, on Twitter and on Instagram.