Fresh off a top-five finish with the SMART Modified Tour at Tri-County Speedway last weekend, Tommy Baldwin Racing and driver Caleb Heady are set to race for the championship this Saturday. As the series heads to Motor Mile Speedway – a place both Heady and Baldwin Racing feel confident about  – Heady leads by 37 points over NASCAR Hall of Famer Bobby Labonte, and 44 over Brandon Ward.

All three drivers are part of the “SMART 3” that are in contention to win the title in the season-finale. In order to lock up the title, Heady will need to put together a solid night in Virginia behind the wheel of the No. 7NY. He enters the race with a comfortable enough margin to feel confident about locking it up.

Not only would this be Heady’s first Modified championship, but the young rising star would also help Tommy Baldwin Racing grab their third title of the 2022 season – as the team also recently locked up the NASCAR Whelen Modified Tour owner’s championship with three different drivers over the 16-race schedule. In February, Tommy Baldwin Racing won the New Smyrna Speedway World Series of Asphalt crown with Jimmy Blewett driving.

“We’re excited for Motor Mile,” Tommy Baldwin Jr. said. “We should have won there last year until a late restart, but Caleb knows the track and we should have a strong car on Saturday night that will put us in contention. It’s been a consistent year for us with the SMART Modified Tour and we would like nothing more than to seal up the championship to add to our record year – continuing to cement the legacy of the 7NY.”

Saturday’s 99-lap race is part of a full night at Motor Mile, which also includes the Sportsman and Super Streets (double features), as the track will also crown champions in those divisions.

Heady knows the number one goal on Saturday is to complete the race and lock up the title, but he wants to end the season with a bang on top in Victory Lane. Much like Heady, Baldwin is confident heading back to Motor Mile.

“I’m extremely excited to get back to Motor Mile this weekend,” Heady said. “We had a good result there last year. Motor Mile is definitely a track that I’ve looked forward to going back to since the beginning of the season, looking to get that redemption and park in Victory Lane. I have a lot of confidence there. I’m ready to go out and give Tommy and his entire team another title. They deserve it.” 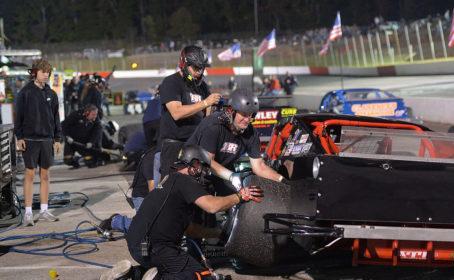