Saturday, April 23rd marked the beginning of the 2022 race season at Wiscasset Speedway and the tenth season of track ownership for Richard and Vanessa Jordan. The sudden closure of another Maine race track at the conclusion of the 2021 season left the local race community saddened, but also opened doors of opportunity for new drivers and teams to explore other race tracks such as Wiscasset.

A growing number of registered drivers in every division heightened the anticipation for the start of the season and the official car count on race day certainly didn’t disappoint with 60 drivers competing in 4 different divisions.

The Market 27 Super Streets were the spotlight division on Opening Day and featured the largest field of the day with 22 cars. 4 time Beech Ridge Sport Series champion, Chris Smith, was just one of the many newcomers in the field, joining the ranks of Wiscasset Super Street regulars like Mike Harrison and Matt Beers. Josh St. Clair, who became the first driver in Wiscasset history to win championships in 3 different divisions in the same season last year, also joined the field in Mike Hodgkins’ #23x machine. St. Clair put on a dominating display in the division throughout the day as he won his qualifying heat race and held strong throughout the 40 lap feature race, fending off his fellow competitors Matt Beers and PJ Merrill in the closing laps to pick up the feature victory.

Young gun Josh Hall took off with the early lead in the Brackett’s Market 4-Cylinder Pro division and never looked back, securing his first career podium finish in the form of a win. Ben Burgess and Daniel Harding rounded out the podium.

Zach Audet, a long time competitor and multi-time champion in the Outlaw Mini division, made his return to the Sweatt’s Concrete Thunder 4 Mini division alongside his son, 15-year-old Adam Audet. Zach Audet put on an impressive performance to win the feature, but it was his son Adam who put on a show in the closing laps of the race, fending off a hard-charging Brandon Lizotte, last year’s Beetle Bug champion at Beech Ridge. The two drivers battled it out to the finish, with Adam Audet clearing Lizotte by .01 seconds at the finish for third, rounding out the podium alongside his father Zach and fellow competitor, Shane Webber.

The Norm’s Used Cars Pro Stock division rounded out the night with a final 40 lap feature race. Kevin Douglass was on fire all day, scoring a heat race victory to start out the day. His success continued throughout the feature race, where he pulled away as his competitors struggled to navigate through lap traffic in the second half of the race. Multi-time Wiscasset champions Nick Hinkley and Josh St. Clair rounded out the podium.

Saturday marked an exciting start for the 2022 race season at Wiscasset Speedway, but there is more fun to come! Next Saturday, April 30th is the Group 2 season opener for the Wood Pellet Warehouse Late Models, 88.5FM WHCF Modifieds, Portland Glass Strictly Streets, Kennebec Equipment Rental Outlaw Minis and the flex division, the T&L Automotive Roadrunners. Grandstand gate opens at 1:00 pm and racing will commence at 2:00 pm. As always, grandstand admission is just $5 with kids 6 and under free. For the full season schedule and more track information, please visit http://www.wiscassetspeedway.com. Wiscasset Speedway is located on West Alna Road in Wiscasset. 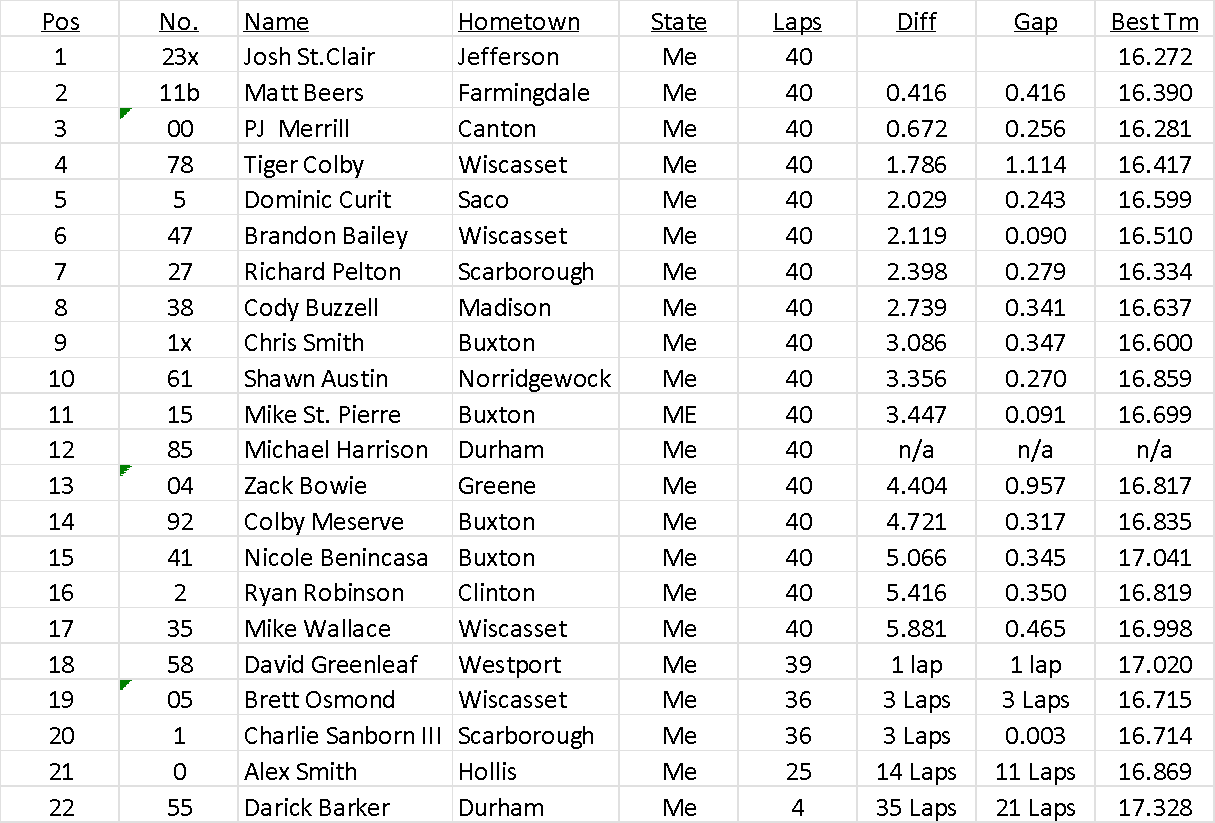 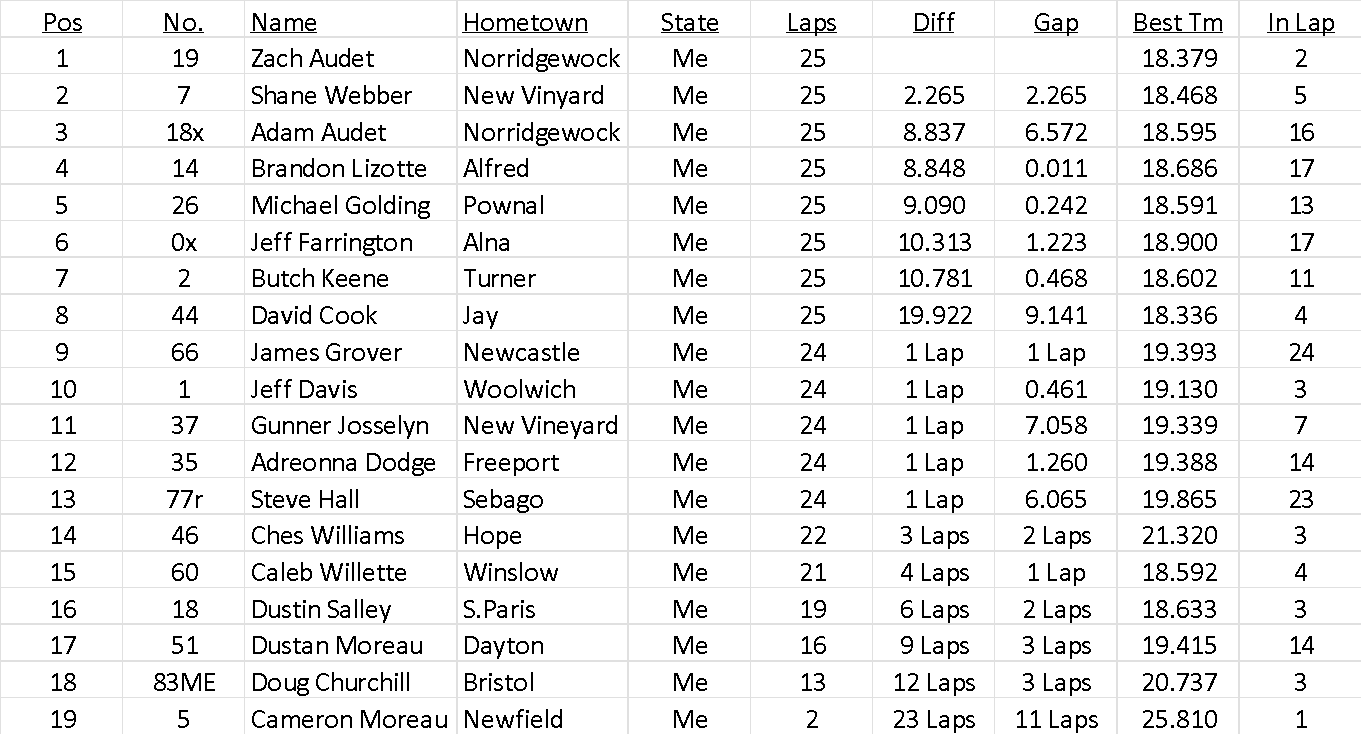