MILFORD, Conn. (January 4, 2023) – The start of the 2023 TC America Powered by Skip Barber Racing School championship may be three months away, but Ricca Autosport has preparations in full swing as the team announces a three-car effort in the premier touring car sports car racing championship.

As the official SRO America TC homologate builder, Ricca Autosport will enter its 13th year of racing, with a resume covering Formula D, NASA club racing, and the IMSA Michelin Pilot Challenge series. Based in Milford, Connecticut, the team has been a long-time partner with GenRacer Team, and the two brands have built a winning resume, filled with podium finishes and race victories across North America.

Jeff Ricca got his start in the TC America series (then Pirelli World Challenge) in 2013 and has since been a staple in the paddock as his motorsport career has continued to progress. The 2022 TC America championship produced an average of 30 cars for each event, featuring some of the world’s best manufacturers and brightest up-and-coming stars of sports car racing. Last season, Ricca finished an impressive third place in the championship standings against what was a highly competitive field. He’ll return to the team in 2023, racing the #78 LIQUI MOLY GenRacer Hyundai Elantra N. 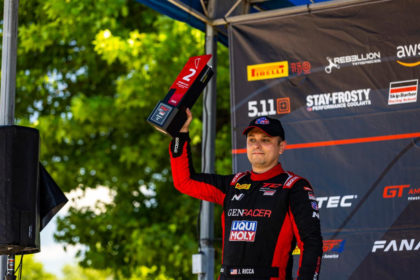 “2023 is going to be an amazing year,” said Ricca. “Again working with Hyundai USA and releasing the new Elantra N Cup cars for the TC class is very exciting. I am sure the results will reflect the hard work the team has put in through the off-season. I am also thrilled to have Sally as a teammate this year in the TC class. I think her hard work off and on the track will definitely give the team a good boost for the season.”

Last season, McNulty formed a partnership with series sponsor Skip Barber Racing School, joining forces to end her 2022 endeavors on a high note. She piloted the brand-new No. 780 Borla Exhaust Skip Barber 11th Generation Civic Si and closed out the season with four top-five finishes. This season, she will race with Ricca Autosport in the #780 Borla Exhaust LIQUI MOLY Hyundai Veloster N by GenRacer, advancing to the TC class, the second of three run groups in the series. Now racing in the TC class, she makes another step forward to achieving her goal of becoming the first woman to win the overall championship. A longtime competitor and admirer of Ricca Autosport, McNulty will be eager to get the exciting new season started and continue her quest. 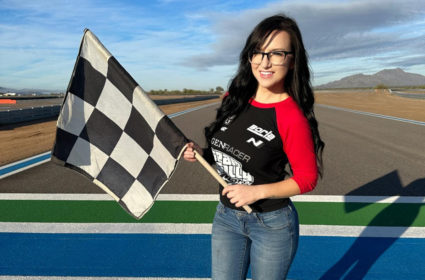 “I have been following the hard work and success this team has had over the years in TC America, and I am very excited to hit the racetrack with the Ricca Autosport together with Hyundai in 2023,” said McNulty. “Jeff Ricca has 11 years of touring car racing experience and I think with his help, we can make some real waves in TC class!”

The team will produce a third entry before the start of the season, which will be announced at a later date.

One of the leading professional touring car race series in North America, TC America Powered by Skip Barber offers competitors the opportunity to race factory-built or supported turnkey race cars in a pair of 40-minute sprint races every event weekend. Each event hosts various manufacturers from all over the world, providing an exciting and competitive race series for up-and-coming drivers in the sports car racing arena. The 2023 calendar will host seven doubleheader race weekends across North America, from the rolling hills of Sonoma Raceway in California in March to Indiana’s iconic Indianapolis Motor Speedway in October. For more information, visit tcamerica.us.