STATESVILLE, N.C. (January 4, 2023)- Jordan Anderson Racing Bommarito Autosport (JAR) announced today that the team will expand to field two full-time cars in the NASCAR Xfinity Series (NXS) during the 2023 season. Rookie Parker Retzlaff will sit behind the wheel of the team’s No. 31 FunkAway Chevrolet Camaro SS, while the newly added No. 27 Alsco Chevrolet Camaro SS will be piloted by Jeb Burton.
“Trusting the process and looking forward on this journey has been such a key element to the growth of our team the last two seasons,” stated Jordan Anderson, President of JAR Bommarito Autosport. “From where this all started after a rainout at Daytona that sidelined us for several months, having to change up the entire model and structure of how we envisioned our race team, to where we are today – and all the incredible drivers and partners that have gotten us to this point – is truly a blessing and a dream come true. Expanding to two full time Xfinity Series cars was always a goal of ours internally, and seeing it come to life with Parker, Jeb and so many great people behind the scenes, has us all equally excited.”

Team partner John Bommarito was likewise upbeat about the opportunity that 2023 holds for the team. “Jordan and I are proud to have two hard working drivers like Parker and Jeb behind the wheel of our race cars, and know they’ll represent all our team partners with excellence and integrity both on and off the track. We’ve focused our efforts equally on both the business and competition of our team and are proud to see the results continue to exceed our expectations.”

Retzlaff, 19, a Rhinelander, Wisc. native with support from Funkaway and Ponsse will drive the No. 31 Chevrolet Camaro SS competing for 2023 Sunoco Rookie of the Year honors in his first full-time NXS season. 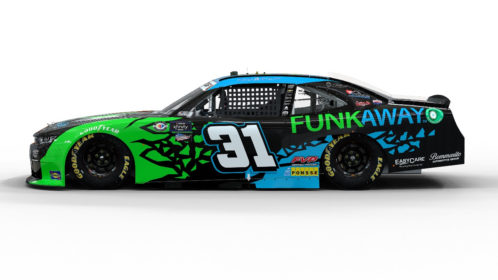 Making nine NXS starts in 2022, Retzlaff collected one Top-10 and five Top-20 finishes competing with two different teams. Prior to making his NXS debut, Retzlaff would spend three years prior competing in the ARCA Menard’s East Series capturing 11 Top-10 finishes in just 14 starts with a best of 4th coming at Southern National Motorsports Park (N.C.) in 2021.

“I am truly humbled to be given this opportunity to race full-time with JAR Bommarito Autosport,” stated Retzlaff. “Without great partners like Funkaway and Ponsse I would not be in the position today to compete at this level of American motorsport. Jordan and John have assembled a great team for me, and I know with everyone’s hard work in the off-season, we will be in a great position to have a fast car when we unload at Daytona come February.”

Joining the rookie in the JAR Bommarito Autosport stable for 2023 will be veteran driver Jeb Burton driving the No. 27 Chevrolet Camaro SS with support from longtime partners Alsco, State Water Heaters, Rocky Boots, Puryear Tank Lines, Solid Rock Carriers, along with several others.

Burton, 29, the son of 2002 Daytona 500 winner Ward Burton, has been a staple competing in the NXS for the last nine seasons, but 2023 will mark only his third full-time season. 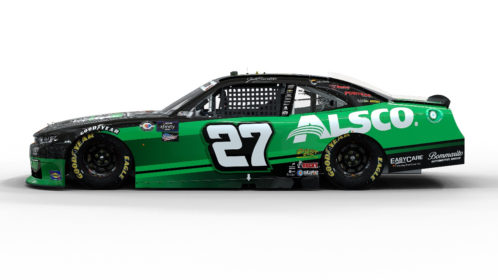 In addition to his NXS and NCS starts, Burton has competed in 57 NASCAR Craftsman Truck Series (NCTS) races, securing one win, seven Top-Five and 21 Top-10 finishes.

“I’m pumped for the opportunity to join JAR Bommarito Autosport for the 2023 season,” explained Burton. “I’ve been watching what JAR Bommarito Autosport has been assembling the last few years, and success is within reach. Jordan and I first had this conversation last summer and to see it come to life is something that I feel will be beneficial for us all as we look to build a long-term relationship here. We have so many great partners that have stood behind me for so long and I hope to be able to deliver them a great season this year with all that we have going on. I’m excited to get the season started at Daytona.”

Chevrolet will remain the manufacture of choice for JAR Bommarito Autosport in 2023 fielding Chevrolet Camaro SS’s, with engines supplied by ECR.

“Jordan, John, Chuck Wallis (VP of Bommarito Automotive Group) and the entire JAR Bommarito Autosport team have done a great job of representing Chevrolet on and off the track since starting the Xfinity program in 2021”, stated Shane Martin, Xfinity Series Program Manager for Chevrolet. “Parker and Jeb will both be in great equipment, I am looking forward to seeing what they both can do this year behind the wheel of a Chevrolet.”

Parker and Jeb will both make their first JAR Bommarito Autosport start at Daytona International Speedway (Fla.) on Saturday, February 18 during the Beef. It’s What’s for Dinner. 300. All the action will be broadcast LIVE on FS1, the Fox Sports App, MRN, and Sirius XM NASCAR Ch. 90 at 5:00 PM ET.

Stay updated with the happenings of both JAR Bommarito Autosport drivers by liking/following each of their social media channels below.