ROSEVILLE, Calif. – Bill McAnally Racing made its debut in what was then known as the NASCAR Winston West Series in 1992 at Shasta Speedway in Anderson, California, with car owner Bill McAnally behind the wheel.

In the 28 years since then, BMR has won nine series championships – a record for the series and for all of NASCAR Regional Touring. In addition, the team has scored a record 99 wins overall in what became the NASCAR K&N Pro Series. 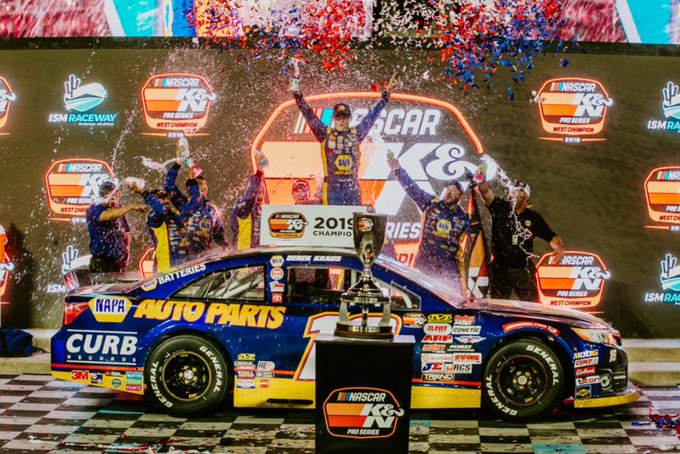 Although McAnally was initially an owner/driver, he eventually opted to turn over the driving duty and focus on his role as a team owner. Including McAnally, 80 drivers have wheeled a BMR entry in the series now branded as the ARCA Menards Series West. Some drove for BMR in multiple seasons, some for only one season, and some for a select race or races.

There’s also a long list of crew members who contributed to the success of the team based in Roseville, California. Some of them called the shots as crew chiefs, some honed their skills as specialists and some worked as general mechanics. Some moved on and worked their way up to a team at the national level in NASCAR and some chose to remain on the West Coast.

“We’ve been fortunate to have some very talented drivers at BMR and we’ve had some great crew members through the years, as well,” said McAnally. “Together, they deserve the credit for BMR’s record success.

“It’s been great to see drivers develop their skills with our team,” he said. “Some spent multiple seasons with the team, as they honed their talent in the series, and others passed through more quickly as they moved up the NASCAR ladder. Others took advantage of the opportunity with BMR to compete in a select event or get experience at a particular track.”

Many crewmembers have done likewise, according to McAnally.

“Some crewmembers chose to remain on the West Coast and some chose to move on after gaining experience,” he said. “When you walk through the garage at a Cup Series, XFINITY Series or Truck Series race, it’s remarkable to see the number of crew members there who worked at BMR.”

Eric Holmes tops the list of drivers with starts and wins for BMR, competing for the team in 81 series events and scoring 15 of his 17 career series wins with BMR. A three-time series champion, he captured two of those titles with BMR, in 2008 and 2010. In addition to his victories, Holmes notched 44 top-five and 63 top-10 finishes in BMR’s iconic blue and gold NAPA AUTO PARTS Toyota Camry.

Austin Cameron and Todd Gilliland are tied for second on the team’s list of winners.

Cameron scored 13 of his 15 career series victories with BMR. His 44 starts in a BMR entry, meanwhile, ranks him fifth in that category. A major win for Cameron and BMR came in the inaugural NASCAR Toyota All-Star Showdown, a prestigious post-season event that drew drivers and teams from across the country to California’s Irwindale Speedway.

Gilliland also had 13 series wins with BMR. In addition, he captured two championships, with back-to-back titles in 2016 and 2017. In his two full seasons with BMR, Gilliland also scored five wins in the NASCAR K&N Pro Series East.

Derek Kraus is fourth on the list of BMR wins in the K&N West. He scored 10 wins in 42 starts during his three years racing in the series for BMR – capping things off with a championship in 2019.

Rounding out the top five list among drivers with wins at BMR is Chris Eggleston, who notched nine victories. He captured the series title in 2015 and his 45 series starts with BMR ranks him fourth on that list.

Ranked second in terms of series starts at BMR, is Moses Smith – who raced for the team in 64 events. Smith, a four-time Most Popular Driver in the series, accumulated 17 top-five and 39 top-10 finishes between 2007 and 2011.

McAnally’s 56 starts ranks him third on the list of races with BMR. He registered three top-five and 16 top-10 finishes while building the team from its infancy.

Seven crew chiefs, meanwhile, have won championships with the McAnally-led team. Shane Wilson and Chris Lawson lead the way, each with a pair of titles. Wilson teamed with Gaughan in winning championships in 2000 and 2001. Lawson was paired with Gilliland as he won titles in 2016 and 2017. Wilson went on to win races as a crew chief in all three of NASCAR’s national series, as well as winning a championship in the NASCAR XFINITY Series. Lawson continued on as a key member at DGR-Crosley.

Rookie drivers at BMR have also captured the series spotlight through the years, with six drivers winning the Rookie of the Year Award. They include Andrew Lewis in 2005, Peyton Sellers in 2006, Paulie Harraka in 2009, Todd Gilliland in 2016, Derek Kraus in 2017 and Hailie Deegan in 2018. 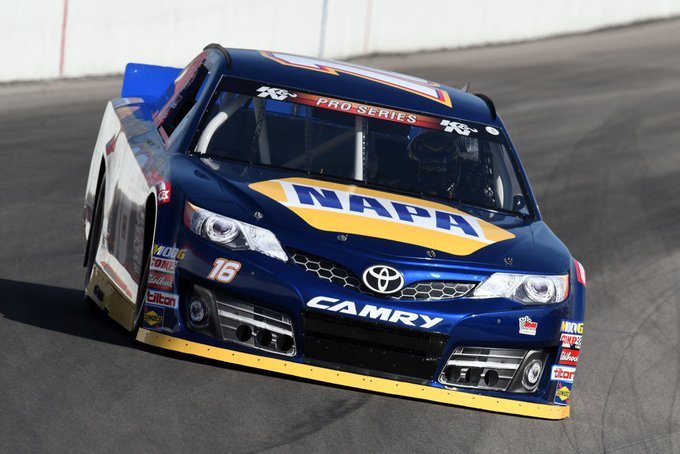 23 people are talking about this

In 2019, Deegan became the first woman to lead the championship standings of a series at the regional or national levels of NASCAR. In finishing third in points that year, she set a new mark for the highest ranking by a female driver in the final standings in the NASCAR K&N Pro Series, East or West.

History.@HailieDeegan climbs out following her #Idaho208 victory @meridianspeed, the first win for a female in series history. #NASCAR 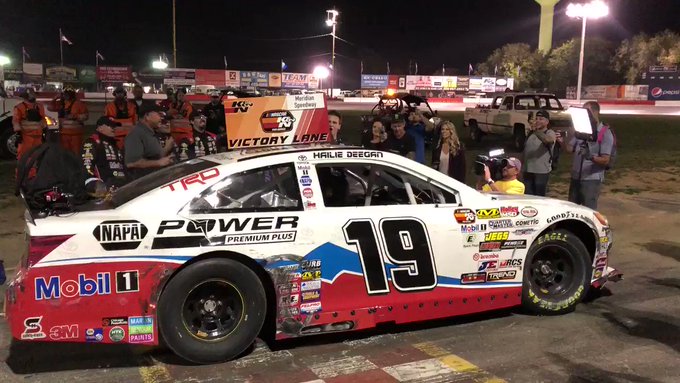